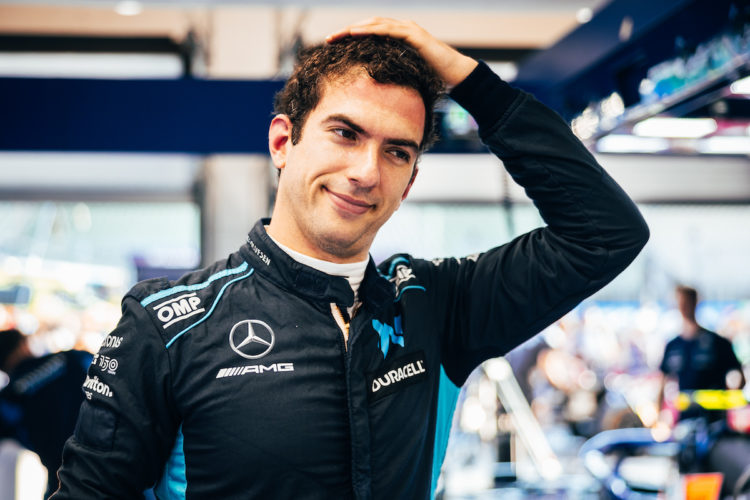 Nicholas Latifi expressed surprise after qualifying at the Hungarian Grand Prix when informed that he set the fastest first sector of Q1 on Saturday.

The Williams driver was the shock pace-setter at the end of the wet final free practice session at the Hungaroring, with team-mate Alexander Albon in third.

However, the team’s pace failed to hold up in drier conditions for the qualifying session, as Latifi ended the outing bottom of the timesheets.

The Canadian driver looked to be on course for a sizeable improvement at the end of Q1, setting a purple first sector on his final lap before making a mistake at the last corner, which kept him rooted to the bottom of the timesheets.

“It was looking to be on that cusp of getting into Q2, the last corner, I don’t know if it was a gust of wind. I think there was one in that corner.

“I don’t know if that was it, but it was quite different to the previous lap, the balance I had. It’s frustrating. I was by no means expecting to be anywhere near where we were in FP3.

“If it was wet that could’ve given us a better chance. But we were nowhere in the dry yesterday, it shows we’re still missing a lot of downforce.

“We’ve known for a while, even with the upgraded package. It’s frustrating, especially from my side, the mistake in the last corner. It is what it is.”

Latifi’s team-mate Albon was also eliminated in Q1, and is set to start Sunday’s race from 17th.