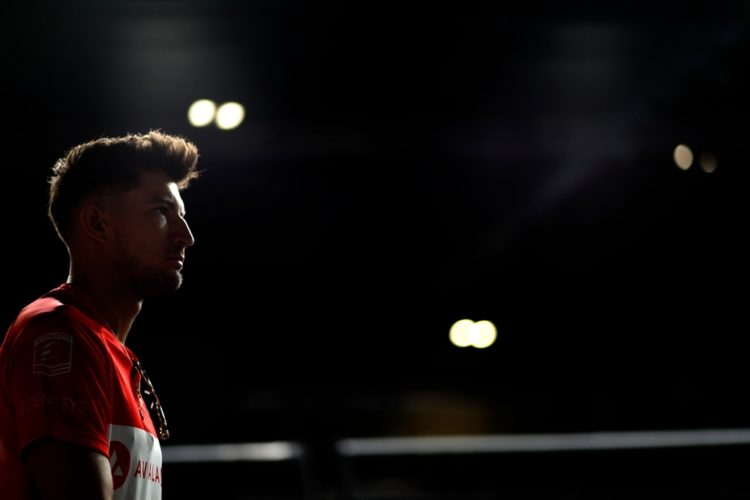 Andretti’s Jake Dennis was fastest in the second practice at the ExCeL London Circuit for the penultimate round of the 2022 Formula E Championship.

Oliver Rowland was second for Mahindra, 0.082 off Dennis, while Porsche’s André Lotterer was third, a further 0.089 off.

Sergio Sette Camara topped the timing in FP1, with a 1:14.487 which was immediately bested in the opening stages of today’s session. Dragon Penske were not be able to replicate yesterday’s results, but will still finish the session with both drivers in the Top 11 (9th for Sette Camara, and 11th for Giovinazzi). Andretti’s Dennis led the pack early in the session with an early 1:14.270 – a time then beaten by Mercedes’ Nyck de Vries and Stoffel Vandoorne, who were the first drivers to dip into the 1:13.

After struggling for grip in FP1, Edoardo Mortara spent most of the 30 minutes of practice building up his confidence and looking for the extra tenth around the tricky London layout, and was able to recover to eight position before the final flying laps. The changing grip conditions caught other drivers off-guard, too: André Lotterer had a late spin at the hairpin, and Dan Ticktum’s NIO brought out a Red Flag in the final minutes when he crashed at the Turn 6/7 complex.

The session was not extended after Ticktum’s incident, but the situation at the top in the final few seconds saw a re-shuffling of the pecking order. Up until that point, Nyck De Vries had been leading with a 1:13.767 – but it was Dennis who came out fastest, setting a final 1:13.661s lap time around the London circuit.

De Vries, the reigning champion, was therefore pushed down into 4th position, followed by Venturi’s Lucas Di Grassi who, after struggling in the first half of the session, managed to best his teammate Edoardo Mortara, only 16th. Mitch Evans and Maximilian Gunther follow in 6th and 7th place respectively, with Championship leader Stoffel Vandoorne down in 8th.

With Qualifying ahead, one can be sure that the Top 4 will find more pace to go through the duels – although we might see, like in New York, a different winner in at least one of the upcoming races.