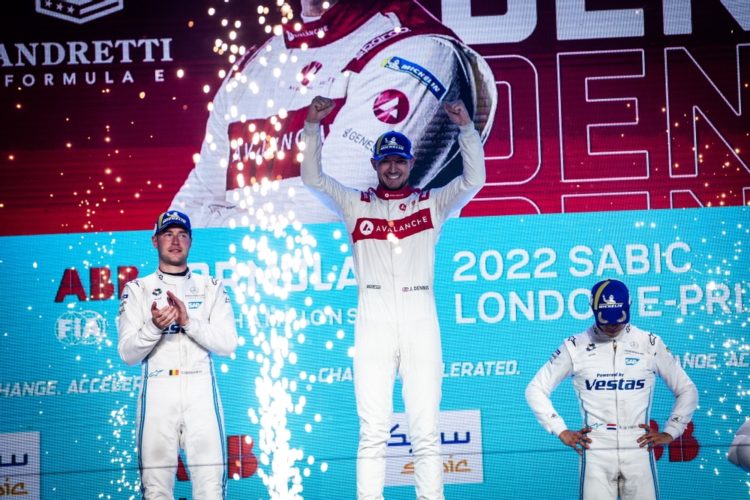 Nyck de Vries has been hit with a five-second penalty for his stark defence in the closing stages of Race 1 of the London E-Prix weekend.

As a result, the Mercedes EQ driver drops down to P6, promoting Nick Cassidy to the podium.

In the final laps of the first race of the weekend at the ExCeL London Circuit, de Vries came under pressure from Cassidy for the last spot on the podium.

In the effort to fend off the attack of the bright green Envision, the Mercedes EQ driver has been deemed guilty of taking it too far.

The Stewards concluded that De Vries moved more than once on the Start/Finish straight going into Turn 1, deeming his defensive manoeuvres illegal.

De Vries’ penalty will have further implications for the Championship, as it means that Mitch Evans, who had managed to secure P6 in the race, also gained a spot and scored a valuable two points on main title rival Stoffel Vandoorne.