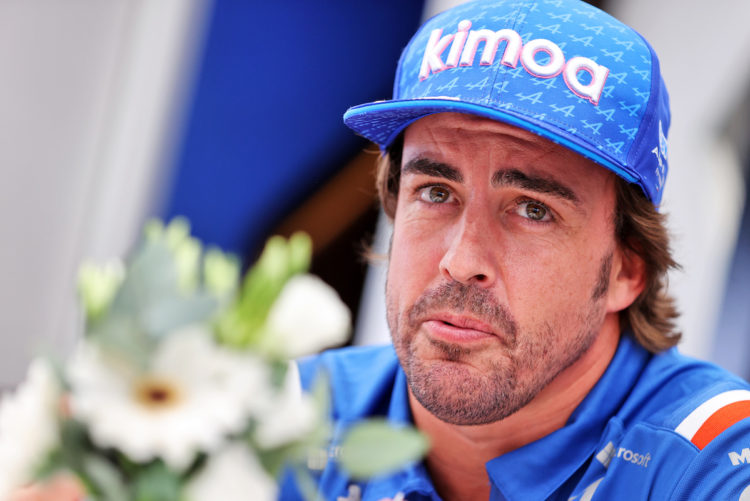 Fernando Alonso says that all Formula 1 seats that aren’t yet secured for 2023 are options for him, but asserts that he is prioritising Alpine.

Alonso’s current contract with Alpine expires at the end of the current campaign, after he joined the team on a two-year deal in 2021.

There are a number of seats open for the 2023 campaign, with Aston Martin being the most likely option for the Spaniard if he was to leave Alpine.

Alonso says that he will begin talks over his future during the summer break, and didn’t rule out a potential departure from the French manufacturer.

“From the beginning of the summer break, it will be the point I need to sit down and conclude something,” Alonso said. “The summer break starts on Monday.

“All the teams are an option as long as they don’t have two drivers signed. My priority is to be with Alpine.

“We’ve been working and developing this project together for two years now. We are more and more competitive.

“Probably my wish is to stay. But we didn’t sit down completely and move forward with things. So still everything is ongoing.”

Alonso departed the sport at the end of 2018 to pursue racing projects elsewhere, primarily in the World Endurance Championship, IndyCar and Dakar.

However, the 40-year-old says that he is fully focussed on a return to F1 in 2023, saying a seat in another racing category is not an attractive option for him currently.

“I think I am fresh here [in F1], very motivated,” he said. “I’m looking forward so much into next year, what the second year of these rules will bring.

“We race in Las Vegas, we race maybe in South Africa. All these things, they are very appealing.

“I feel very fast this year, last year was a struggle a little bit. But this year I feel at my 100 per cent.

“Now even thinking about sportscars or IndyCar it’s like ‘not now’. My head is completely ‘remove this’ and stay focused on F1.”