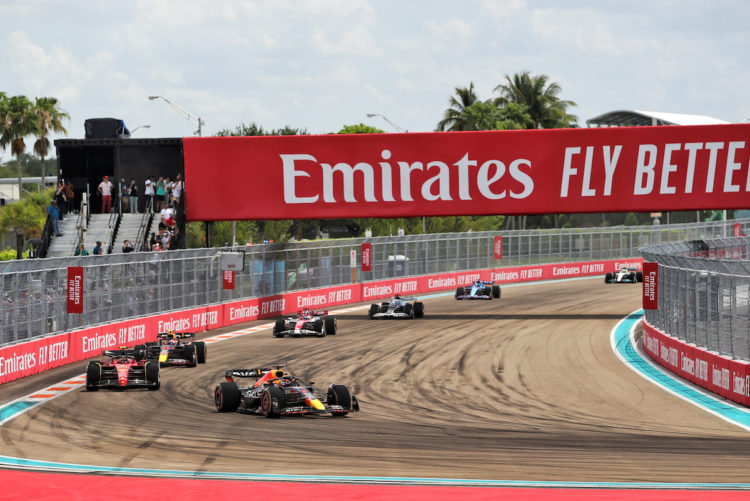 The race took place in early May, and was won by Red Bull’s Max Verstappen, with Charles Leclerc and Carlos Sainz taking second and third respectively.

South Florida Motorsports (SFM) has now unveiled the result of the first Economic Impact Report for the race.

It has found the local economy was boosted by nearly $350 million, after the data was compiled by leading economic consultants Applied Analysis.

The weekend attracted over 243,000 spectators, while 23 million US viewers tuned in to watch it remotely across the weekend.

It found that for those who visited the race, total spending in the Greater Miami region during race week reached over $150 million.

The average visitor to Miami for the race spent $1,940 while in the city – nearly double the typical non-Formula 1 visitor.

On the build-up and during the event, 3,000 local workers were paid in excess of $100 million in salary.

“We were proud to deliver on the commitment Stephen Ross made to impact the local economy and the people throughout our community; especially right here in Miami Gardens,” said Richard Cregan, CEO of the Miami GP.

“Our team worked selflessly to create a campus and experience that was unique to the international culture of Miami.

“We look forward to growing the event and the positive impact it will continue to make here for years to come.”

Miami signed a 10-year deal to host a Formula 1 race.