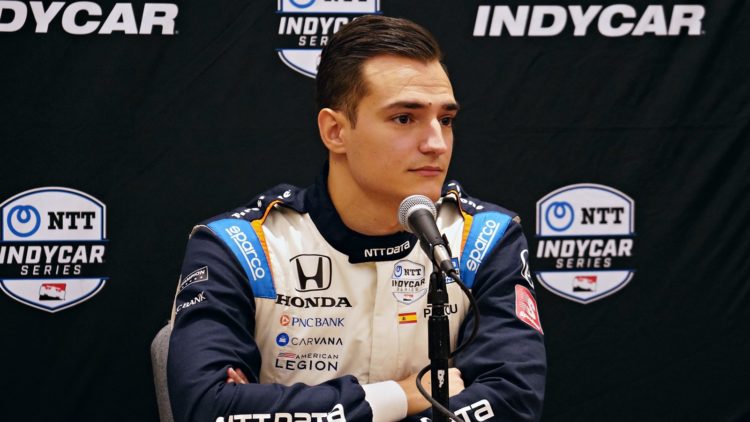 Palou sits sixth in this year's championship as his contract dispute wages on. Photo: Kevin Dejewski

Chip Ganassi Racing has sued its driver Alex Palou over the ongoing contract dispute between itself and rival team Arrow McLaren SP.

With the reigning IndyCar champion seemingly under contract with both teams for the 2023 season, the matter will be taken to the courts to decide which team Palou will be associated with next season.

The lawsuit was filed in Marion County, Indiana, which contains Indianapolis and many of the series’ team operations.

“Alex Palou is under contract with Chip Ganassi Racing through the end of the 2023 season,” reads a statement from CGR. “He is a valued member of our team, and we will continue to support him in chasing wins, podiums, and IndyCar championships.

“As the result of a competing racing team improperly attempting to contract with him notwithstanding the clear terms of our contract, we are proceeding to legal process pursuant to the contract.

“Any and all inquiries on the matter will be handled by our legal counsel.”

In a single day earlier in July, an extension was announced to Palou’s contract at Ganassi, Palou himself refuted the claims on social media, and McLaren announced they had actually signed him for 2023.

There was hope that the matter could be resolved via inter-team discussions, but that appears to not be the case with the matter now being sent to the courts.

The resolution of the 25-year-old’s situation has knock-on effects elsewhere on the grid, as Felix Rosenqvist and potentially others are competing directly for Arrow McLaren SP’s third seat.

Those who are not given the opportunity to drive the #7 entry could be relegated to one of McLaren’s other race programs, including Formula E.

No matter how the situation is resolved, the messy proceedings will surely continue to weigh on Palou’s mind as he continues to compete in this year’s championship, where he currently sits sixth in the points.