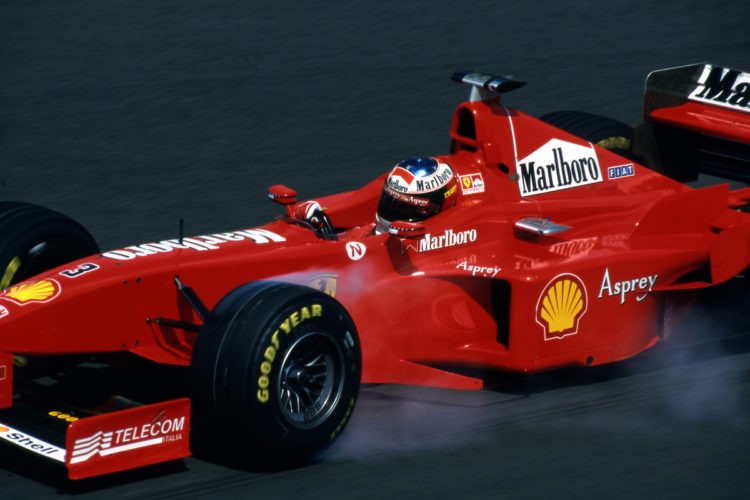 Michael Schumacher’s 1998 Ferrari F300 Formula 1 car will go to auction next month, and the buyer will be forking out a high price to acquire it.

The car, specifically chassis No. 187, will be offered on Saturday, August 20 in Monterey, California.

Chassis No. 187 took part in four races in the 1998 season and delivered Schumacher to victory at the races in Canada, France, Great Britain and Italy.

The car was brought to races later in the season, but Ferrari reports that it remained unused.

Both Ferrari and Schumacher ended the 1998 campaign second in the Constructors’ and Drivers’ Championships, with McLaren and Mika Hakkinen prevailing.

The car has been shielded from public view since it was sold in September 1999, and hasn’t been restored or altered from the conditions it raced in during 1998.

Now, as it goes back up for auction, it is being valued between $6m – $8 by auctioneers RM Sotheby’s.

“Eminently rare and forever tied to one of racing’s all-time greatest legends, the extraordinary Michael Schumacher, 187 is without a doubt one of the most significant Ferrari F1 cars extant, being the only undefeated chassis to run at least three races,” the auctioneer said.

“It offers long-term appreciation as the immediate antecedent of one of Formula 1 racing’s greatest championship runs, and it can also be enjoyed firsthand as a breathtaking demonstration of the amazing technical specifications and unbridled power of a genuine late-1990s Ferrari F1 car.”

1998 was Schumacher’s fourth season at Ferrari – he would remain at the team until the end of 2006, winning five consecutive World Championships between 2000 and 2004.