Only Magnussen to run upgraded Haas F1 car in Hungary 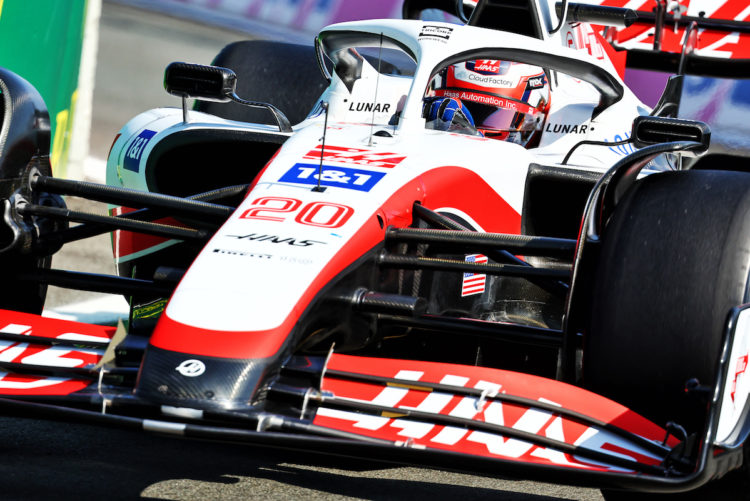 The Haas Formula 1 has confirmed that only Kevin Magnussen will run its upgraded car at this weekend’s Hungarian Grand Prix.

The new parts, which were originally intended to be introduced in France before being delayed to Hungary, make up the team’s first major upgrade of the 2022 campaign.

However, Mick Schumacher will not be given the upgraded machinery as Haas couldn’t produce enough parts for both of its entries for Hungary.

The US-owned outfit currently sits seventh in the Constructors’ Championship, scoring 34 points across the opening 12 races of the season.

As Magnussen has scored a bulk of those points and sits higher in the Drivers’ standings, he will run the upgraded car.

“As many people know, we waited a bit longer to bring our upgrade to track because I think we still have good pace,” said Haas team boss Guenther Steiner.

“Now what we want to do is put performance on. What exactly it will do, I don’t want to say because I don’t want to jinx it, but we know what it should be doing from our development.

“We’ll just have to wait and see what we can get out of the package. In the end, we couldn’t get two car kits to the race track, so with Kevin being in front in the championship we gave him the package to try.

“Unfortunately we had a few delays in the development stage, so we postponed it from the French Grand Prix to Hungary.

“Also, with the spares situation we had at the beginning of the season, up to race seven or eight, we fell a bit behind in production and therefore we don’t have enough parts for two cars.

“We struggle with spare parts for one car so hopefully we can get it done and bring it to Hungary.”

Although he doesn’t have the upgraded car, Schumacher is expecting the team to perform strongly at the Hungaroring this weekend.

“I expect us to be actually pretty strong here,” the German said.

“We were strong last year to an extent, and I feel comfortable going there, it’s always nice and warm, and I think it will be pretty good for our car.

“It [the lap] is pretty short, there’s a lot of laps and a lot of corners so there’s little opportunity to rest, which means concentration levels have to be pretty high.

“I always enjoy going there, I enjoyed it throughout F2 and F3, so I’m looking forward to going back and hopefully getting a strong result this year.”