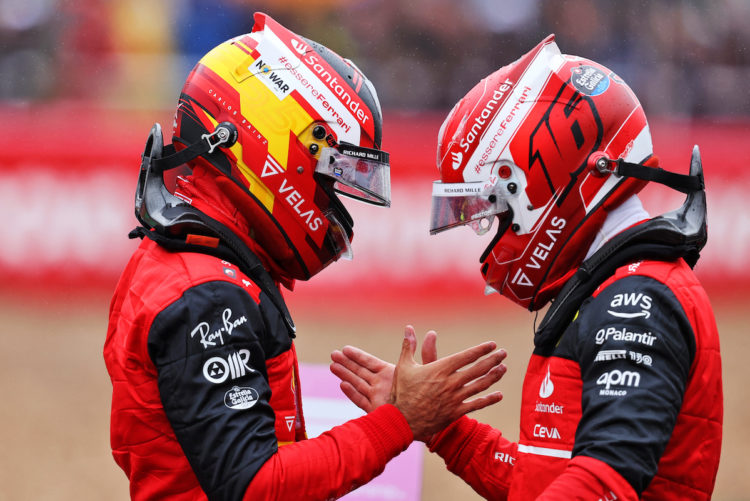 Sainz joined the Maranello-based squad in 2021, partnering Charles Leclerc who has been at the squad since 2019.

The Spaniard took his first win for Ferrari at the British Grand Prix earlier this month, and has asserted that he’s feeling more comfortable inside the car than ever before.

Last Sunday at the French Grand Prix, Sainz took a fifth-place finish after starting from the back of the field, but pitted from third late on in the race following a call from Ferrari.

Hill says that there are clear strategy issues within the Ferrari organisation, while hailing Sainz’s impact on the team.

“Carlos has struck me as more of the team leader,” he said on the Sky F1 show Any Driven Monday.

“He seems to be more familiar with the strategy, he seems to be able to make decisions. Charles is clearly quick and possibly quicker than Carlos has been in the team.

“Their pit communications, I think they’re a little halfway up the stairs. They’re neither here nor there. Someone needs to take charge and say ‘we’re making a decision’. It’s either the driver or the strategists.

“The potential is huge with Ferrari, I think if they can fix these problems ,they will be a threat. If they can that between now and the end of the season, it could be a very close finish in the championship.”

Sainz currently sits fourth in the Drivers’ Championship, 26 points behind Leclerc, who crashed out of the lead at last weekend’s French Grand Prix.