Newgarden released from hospital, Ferrucci on standby for Indy 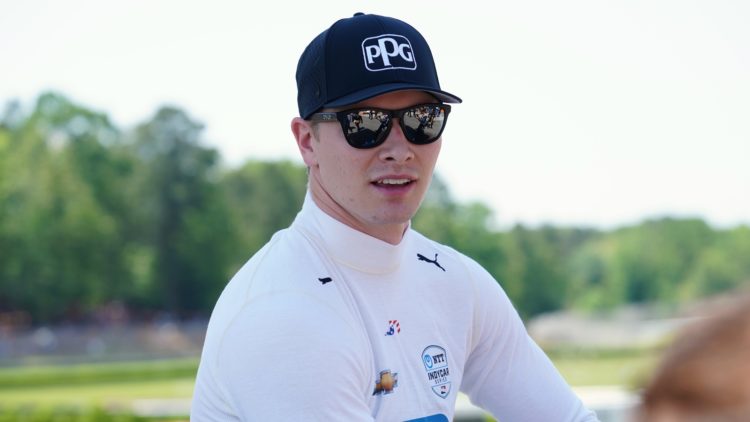 Newgarden was released from hospital Monday, but his race readiness is still unknown. Photo: Kevin Dejewski

Josef Newgarden was released from hospital Monday morning and has returned to his home in Nashville, according a statement from Team Penske.

The two-time champion was hospitalized following an unusual loss of consciousness some time after he crashed out of the HyVee 300 at Iowa Speedway.

He had originally passed medical evaluation and had conducted multiple interviews, before suddenly falling in the paddock and hitting his head.

All scans taken while spending a night in the hospital reported no signs of further injury, and he was released early Monday morning.

Newgarden will undergo further evaluation on Thursday to determine his ability to race in the race at Indianapolis this upcoming weekend.

If it is determined that he is not fit race, the team has announced that the perennial substitute Santino Ferrucci will step in to drive the #2 entry.

Ferrucci has already filled in for Jack Harvey and Callum Ilott at the races from Texas Motor Speedway and Belle Isle respectively when those drivers needed time to recover from their injuries.

The 24-year-old has an innate ability to step into a race car with little to no practice and still turn competitive times, which would have been a factor in Team Penske’s decision to have him be the backup driver.

If he does get a chance to drive this upcoming Saturday, it will be the first time Ferrucci will have driven a Team Penske machine, and will mark the fourth team that he has driven for this season when factoring in his Indy 500 run.

A final decision is likely to be announced Thursday, with practice and qualifying around the Indianapolis road course scheduled for Friday.