Ferrari defends Sainz’s pit stop: ‘No doubt we made the right choice’ 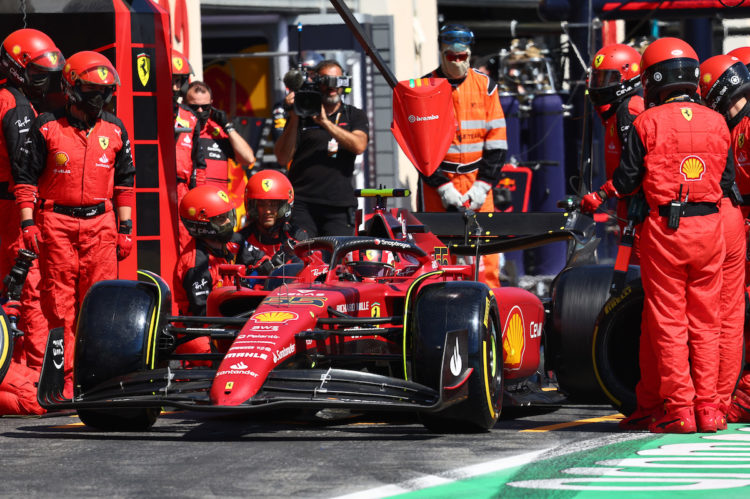 Ferrari Team Principal Mattia Binotto says there is “no doubt” that the team made the right decision to pit Carlos Sainz toward the end of the French Grand Prix.

Having made a pit stop early in the race under a Safety Car period following a crash for team-mate Charles Leclerc, Sainz ran a long stint on the Medium compound tyre.

However, he still appeared to have strong performance towards the end of the race as he overtook Sergio Perez for third place.

But just one lap later, Ferrari pitted the Spaniard and dropped him down the order, before he recovered to fifth on the road.

Despite giving up a potential podium finish, Binotto says that the decision to bring Sainz in for new rubber was the correct one amid concerns over his tyre life.

“I think that as far as the choice we made, it was the proper and the right one,” Binotto said.

“I think that Carlos from the cockpit does not have all the information, so for him [it] was difficult to judge. But no doubt, I think we made the right choice.

“So as first, we’re trying to extend his stint as much as possible to have the best fit on the tyre’s life, to make sure at least we’re not overshooting any decisions in terms of tyre life.

“But as soon as we got all the information, which was required, we realized that there was not sufficient tyre life to go to the end of the race. As simple as that.

“And to stay out would have been a risk in terms of safety and reliability in terms of tyres life. So we had to stop.”

Binotto added Ferrari felt Sainz would’ve missed out on the podium regardless due to a five-second time penalty he had for an unsafe pit lane release.

“More than that, I think that the pace of Carlos would not have been sufficient to open the gap more than five seconds to Perez and Russell, somehow to cover the five seconds penalty,” he said.