Perez dispirited after getting ‘screwed’ by VSC restart 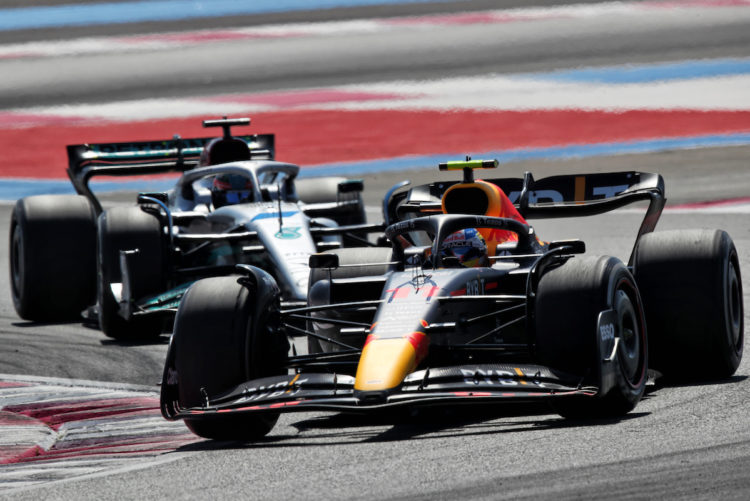 Sergio Perez says he got “screwed” by the Virtual Safety Car restart at the French Grand Prix, as he was left disheartened by a missed podium finish.

Perez was running in third place toward the end of the race and was fending off George Russell who was attempting to pass the Mexican.

The pair made slight contact at Turn 8, which caused Perez to run off the road. Russell protested that Perez turned into him, however the Stewards took no action on the minor collision.

Drivers were informed that the VSC would soon be ending, however there was a delay of almost one minute before the race returned to green flag conditions.

At the restart, Russell pounced on Perez and moved ahead to claim the final spot on the podium.

“It was a good battle, apart from Turn 8. [If] we fight through the turn, we just would have ruined our races,” Perez said.

“But other than that, it was a good, tough battle. A good race from George in that regard. I just screwed by the Virtual Safety Car, it said it was going to end out of Turn 9.

“But then it didn’t end until Turn 13. I don’t know what they were doing with it.”

Article 56.1 of the FIA Sporting Regulations states that after all drivers are sent the ‘VSC Ending’ message, “at any time between 10 or 15 seconds later, ‘VSC’ on the FIA light panels will change to green”.

However, on this occasion, it took considerably longer. It is believed that there was a software issue and the system had to be reset.