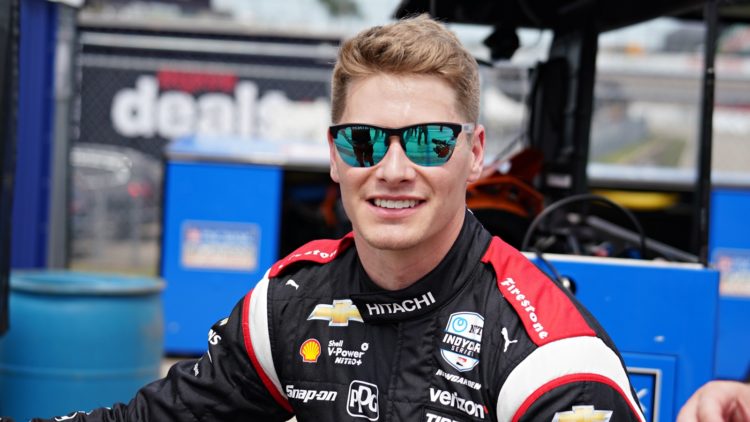 Newgarden was transported to a Des Moines hospital by helicopter. Photo: Kevin Dejewski

Josef Newgarden was leading the second race of the Iowa doubleheader when an apparent suspension failure sent him into the turn 4 wall.

Newgarden was seen and released from the infield care center, but later lost consciousness and hit his head.

The two-time champion was taken back to the care center to be evaluated again, then the decision was made to airlift him to a nearby hospital out of an abundance of caution.

Dr. Geoffrey Billows provided an update to media that was present, and explained his early evaluation of the situation.

“We had a driver that fell at his hauler and struck his head.  We want to send him downtown for further evaluation because we don’t have the ability to more advanced imaging or radiographs.  But he’s awake and talking to us.

“We think it was – this is the thing that makes it confusing.  He crashed, and he was evaluated here after his crash and he was fine.  We actually went and talked to him afterwards.

“Then apparently after we talked to him, he exited his hauler.  He either passed out or fell and hit his head.  Out of an abundance of caution, we want to make sure he doesn’t have any kind of head injury.

“He seemed okay here.  We were actually going to re-evaluate him on Thursday because of the level of gees on the accelerometer.  But he didn’t have any evidence of problems.”

Newgarden was interviewed by NBC after being released from the medical center the first time, and was able to converse with no issues.

Further updates are not available at this time, and will come in due course.