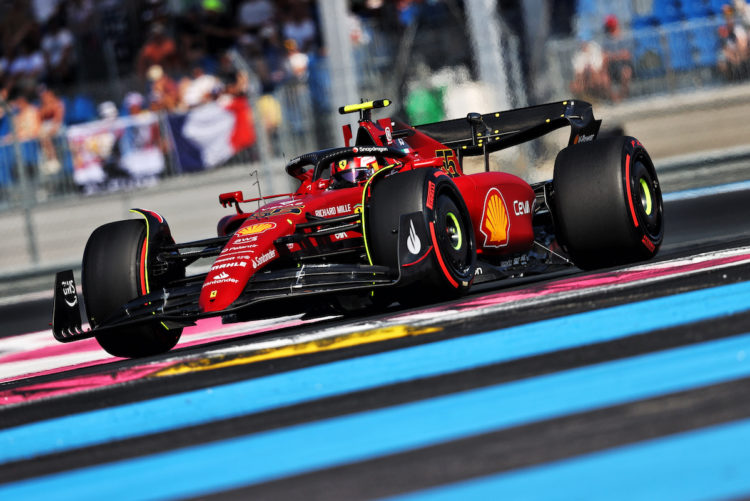 Carlos Sainz will start the French Grand Prix from the back of the grid on Sunday after taking on further Power Unit components.

Sainz was issued a 10-place grid penalty on Friday after he took on a third Control Electronics unit.

However, ahead of the third practice session at the Circuit Paul Ricard, Sainz was fitted with a fourth Internal Combustion Engine (ICE), fourth turbocharger (TC), fourth MGU-H and fourth MGU-K.

It marks the second time in four races that a Ferrari has started from the back of the grid, after Charles Leclerc took an engine penalty at the Canadian Grand Prix.

Kevin Magnussen will also start Sunday’s race from the back of the grid as he too was issued with a demotion for exceeding penalty-free Power Unit components.