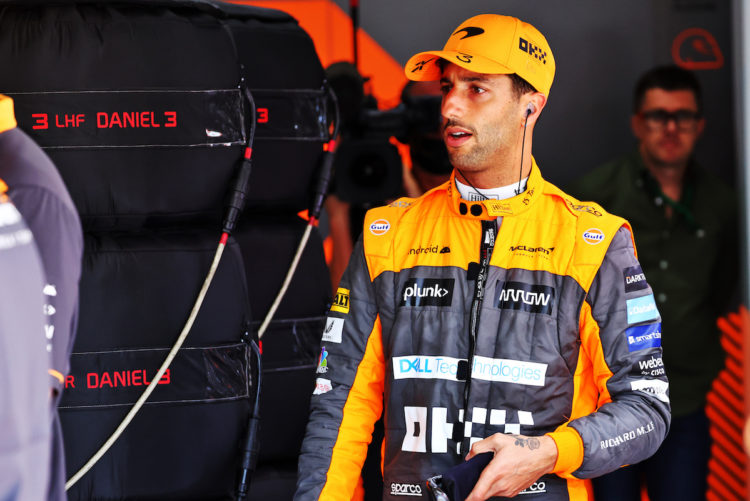 McLaren has shown support for Daniel Ricciardo after the Australian released a statement reaffirming his commitment to the team after the Austrian Grand Prix.

Ricciardo has endured a difficult term at McLaren since joining the squad in 2021, and has consistently been out-paced by team-mate Lando Norris.

It has led to speculation over Ricciardo’s future at the team, with his contract expiring at the end of the 2023 season.

However, some have pondered if the team will opt to sever ties with the eight-time grand prix winner before his contract expires.

Ricciardo stated after the last race weekend in Austria that he “still wants this more than ever”, asserting that he is determined to at least see out his current term.

The Australian clarified in France that he wanted to verify his mindset in his own words through the statement.

McLaren team boss Andreas Seidl insists that there were no surprises when Ricciardo opted to release the declaration.

“From our point of view there was never any speculation required,” Seidl said.

“We have been clear from our side that we have a contract in place, our sole focus is together with Daniel on finding his last percentages in terms of performance.

“That’s what we’re focusing on. The statement wasn’t a surprise, it was just confirming where we both are together, which is in line with what we say since several months [ago]. So no surprises.”

Ricciardo ended Friday practice at the Circuit Paul Ricard four-tenths down on team-mate Norris, as the team tested a raft of new upgrades.

Although Ricciardo admits that he is struggling more than Norris to understand the MCL36 car, Seidl denies that it is hindering McLaren’s development programme.

“I would say the development of a Formula 1 car is always driven by a combination of data and data analysis, but also driver feedback, in order to understand the limitation for a driver regarding going faster,” he said.

“In terms of the feedback we are getting from both of our guys, Lando and Daniel, it’s not so much different regarding the limitations they feel from our car.

“I wouldn’t say that this is an issue.”