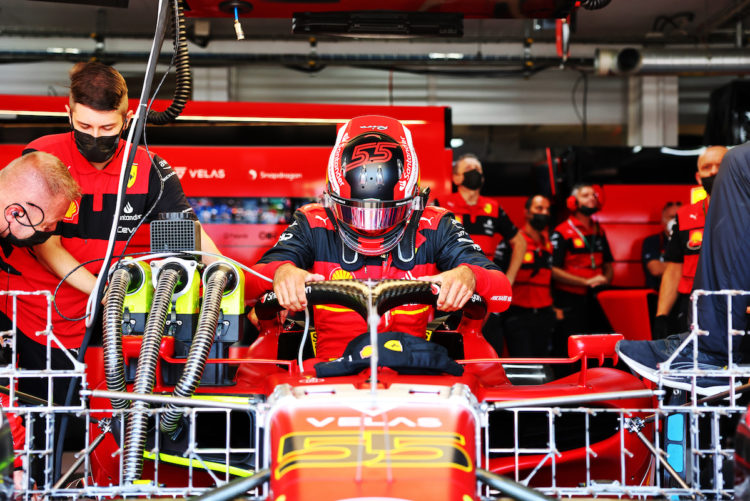 Ferrari driver Carlos Sainz will be demoted on the starting grid for Sunday’s French Grand Prix at the Circuit Paul Ricard.

The Spaniard has taken on a third Control Electronics for the race weekend, exceeding the penalty-free quota allowed for the season.

Although the Control Electronics was the only component that was changed ahead of the opening practice session on Friday, Ferrari may choose to fit more components later in the weekend.

Any more changes would result in a back of the grid start, as a penalty that exceeds 15 places is automatically deemed a full grid drop.

Sainz is currently set to drop 10 places from wherever he qualifies.

Sainz enters the French Grand Prix weekend fourth in the Championship standings, having retired with an engine failure last time out in Austria.

However, the 27-year-old says he is full of confidence that he can compete for the win in France, having taken his maiden race win earlier this month at the British Grand Prix.

“The good thing is we can win every single race we go to if we can nail it,” Sainz said.

“The car is super strong, it keeps improving every race. We keep finding lap time with it and there’s still half a season to go.”