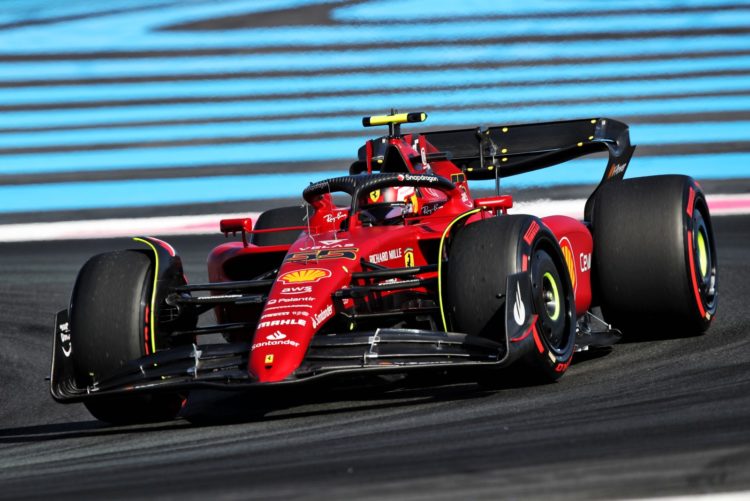 Sainz, who faces a 10-place grid drop due to fresh engine components that could still rise, set a time of 1:32.527s to finish 0.101s ahead of team-mate Charles Leclerc.

Both Ferrari drivers carried out two push runs on the Soft compound and found significant gains on that second effort in a session that was relatively free of incidents or action.

World Champion Max Verstappen was third-best, 0.550s down on Sainz, having complained of understeer on his Soft tyre run.

Verstappen had been fastest following the runs on Medium tyres during the opening stages of the session, eclipsing Leclerc by just 0.010s.

Mercedes has indicated that Paul Ricard could suit its layout but the W13s were firmly third-best on Friday afternoon.

George Russell and Lewis Hamilton claimed fourth and fifth respectively but the younger Briton was 0.764s behind Sainz, with the seven-time champion almost a second down.

McLaren and AlphaTauri both showed signs of progress after introducing upgrade packages on Friday.

Kevin Magnussen continued Haas’ fine form by taking eighth though Mick Schumacher spun through Turn 11 and was ahead only of Williams’ Nicholas Latifi at the foot of the table.

Sergio Perez’s subdued Friday continued as he finished at the bottom of the top 10, a second behind team-mate Verstappen.

Alpine had a low-key day in front of its home supporters with Fernando Alonso 11th while Esteban Ocon was down in 18th.