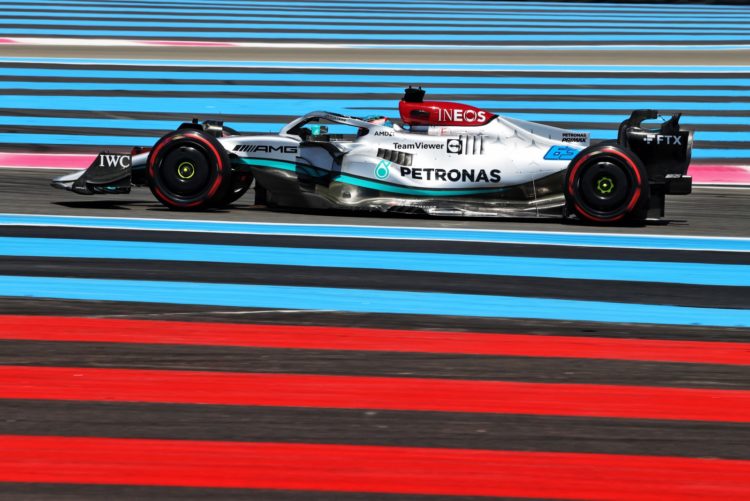 Mercedes drivers George Russell and Lewis Hamilton believe the squad is further off the pace than hoped for at Formula 1’s French Grand Prix.

Mercedes has pinpointed Circuit Paul Ricard as a track that should suit its W13 but was firmly third-best following the conclusion of Friday practice.

George Russell was fourth overall, three-quarters of a second down on leader Carlos Sainz, while Lewis Hamilton finished almost a second behind the Ferrari driver.

“We were probably a little bit further off the pace today than we would have hoped,” said Russell.

“I think our high fuel pace was probably better than our low fuel pace.

“We need to make sure we optimise tomorrow to make sure there’s no midfield cars between us and the front four and then see how we get on for Sunday.”

Hamilton, who sat out the first session while Nyck de Vries drove, believes Mercedes is lacking “just everywhere, to be honest, every corner.

“I mean I’m going to have to dig deep into the data, but it just feels like we’re lacking downforce today.”

Hamilton added that Mercedes will “hopefully be fighting for fourth and fifth, that’s the region we’d be fighting for, but it doesn’t mean we can’t be on the podium.

“We can still be up there, [we are] just not as quick as those front guys and are a little bit further back than at the last race.”