Latifi: Waiting for Williams F1 upgrades has been ‘frustrating’ 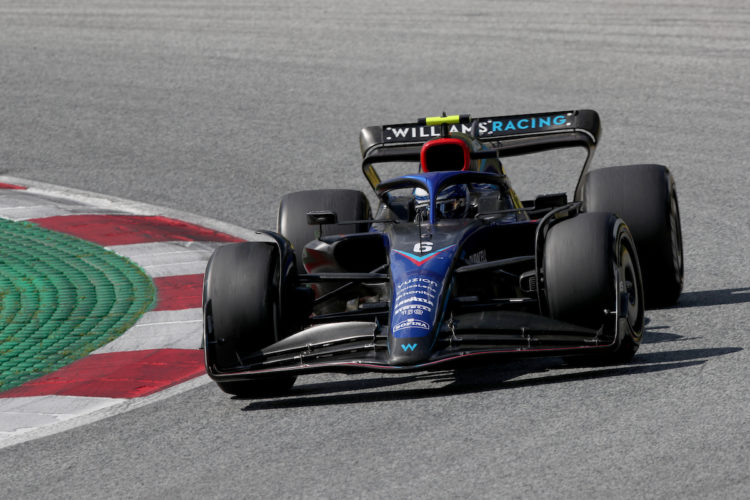 Nicholas Latifi admits that having to wait a handful of races for the upgraded Williams car has been “frustrating”.

Williams brought a heavily updated car to the British Grand Prix earlier this month, however only Alexander Albon ran the new specification in Great Britain and Austria.

The new updates included modifications to the FW44’s floor, side pod design and rear wing, inspired by Red Bull’s concept.

Latifi will have the upgraded car this weekend at the French Grand Prix from the Circuit Paul Ricard.

The Canadian driver says he was encouraged by the data that the team gathered on Albon’s car last time out in Austria, after information was limited at its Silverstone debut, leaving him eager to receive the new car.

“Obviously, the past two rounds, Alex has run with the upgrades and I haven’t,” Latifi said. “Silverstone was quite tricky to kind of get any meaningful data on it.

“Obviously, wet qualifying, he didn’t get to do any laps of the race. But Austria, there was some clear positive signs of what the new package was bringing.

“I was still in the slowest car [in Austria], and it was just kind of getting through that weekend. And ultimately, there was no opportunities that really presented themselves.

“So, it was a little bit of a frustrating one, for sure. Especially when you lose the one real reference that you have, which is always your team-mates.”

Latifi is the only full-time driver in 2022 that is yet to score points, with his best result of 12th coming at the British Grand Prix.

However, he is hopeful the new parts will allow him to get closer to the top 10, believing he would’ve had a chance at points at Silverstone if he had the updated car underneath him.

“This week, now obviously getting the upgrades, [I’m] just curious to see how it’s going to feel,” he said.

“I mean, there is some feedback from the team and from Alex that I’ve been hearing, that might require a difference in driving approach, different compromises on the setup.

“So, I think from my side is just going to be trying to get on top of that as soon as we can. Obviously, we do have an idea of where we have to pitch the car and myself going into it.

“I’ve been listening quite in detail to what the team and Alex has been saying about it.

“Hopefully it’s just going to give us those few extra tenths that sometimes we’ve been missing and that, in some situations, like in Silverstone, probably would’ve made the difference between scoring points and not.”