Kubica gets FP1 outing with Alfa Romeo at Paul Ricard 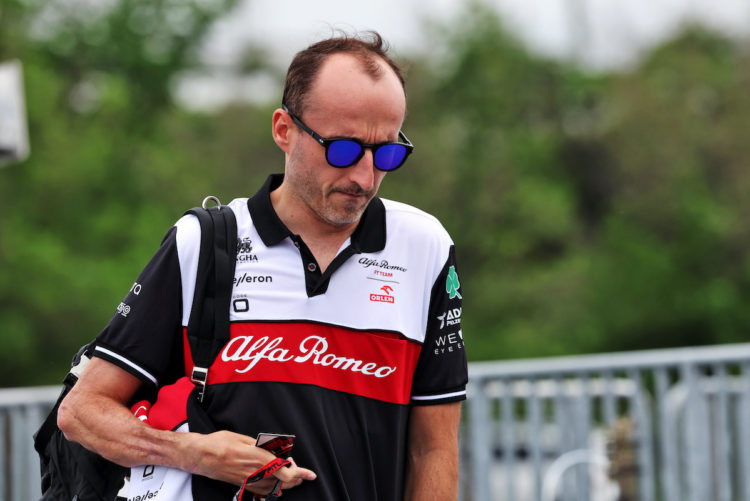 Robert Kubica will be back behind the wheel of the Alfa Romeo C42 car this weekend for the opening practice session in France.

Kubica has been part of the Alfa Romeo team since 2020, working as a test and reserve driver.

The Polish driver has had a number of FP1 outings for the outfit, and took part in two grands prix with it last year when Kimi Raikkonen tested positive for Covid-19.

Kubica got behind the wheel of the car earlier this year at the Spanish Grand Prix during FP1, replacing rookie Zhou Guanyu.

On this occasion, former Mercedes driver Valtteri Bottas will take to the sidelines for the opening session of the weekend to give Kubica more track time.

Kubica won’t be the only non-full-time driver present during the FP1 outing, as Nyck de Vries will drive Lewis Hamilton’s Mercedes car for the 60-minute event.

The French Grand Prix hosts the 12th round of the 2022 campaign, with FP1 getting underway at 14:00 local time on Friday.