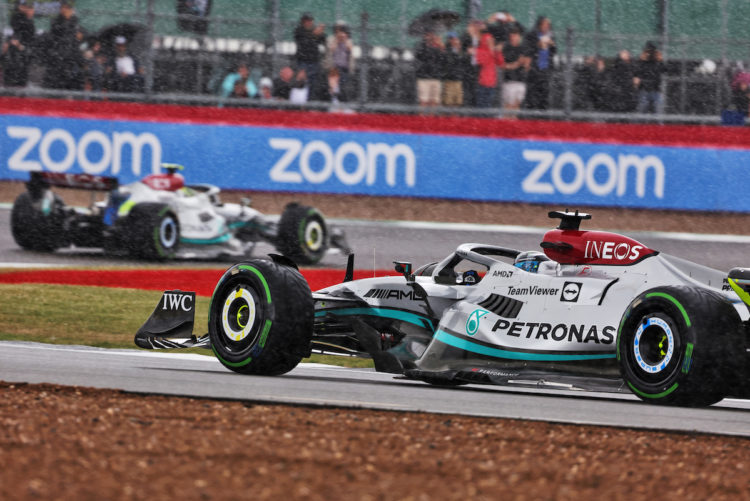 The reigning Constructors’ Champions have endured a difficult opening half to the 2022 campaign, and is still yet to step atop the podium this year.

Mercedes’ concept for the new-for-2022 cars hasn’t worked as well as Red Bull’s and Ferrari’s, however it has consistently been the third-fastest team.

It has suffered from severe bouncing at a number of grands prix this year, but measures installed at recent events appear to have aided the issue.

Ahead of the French GP weekend, Mercedes boss Toto Wolff says that the team “hopes to be back on the podium” after a recent run of success for Lewis Hamilton.

But Hill believes that the race will be Mercedes’ best chance yet to secure a race win this campaign.

“I’m going to go for Lewis Hamilton [to win],” Hill said on the F1 Nation podcast. “I think there’s going to be an incident. We’ve been talking about how well they [Max Verstappen and Charles Leclerc] have been getting on.

“I think that first corner [in France] is a bit tricky, the little chicane thing. Let’s say Charles loses his front wing or Max gets a puncture or something like that.

“Or maybe even on pure pace the Mercedes springs a surprise. I think in their race trim, Lewis has been on occasion, very, very quick. It could even be Lewis first, George second and Carlos Sainz third.”

“It’s brilliant how Max and Leclerc are racing each other and giving space to each other. They don’t do stupid things,” he said.

“They’re really, really highly professional, very good. But one moment [there] will be not be enough space, and maybe it will be this weekend. It was too smooth the last few races.”