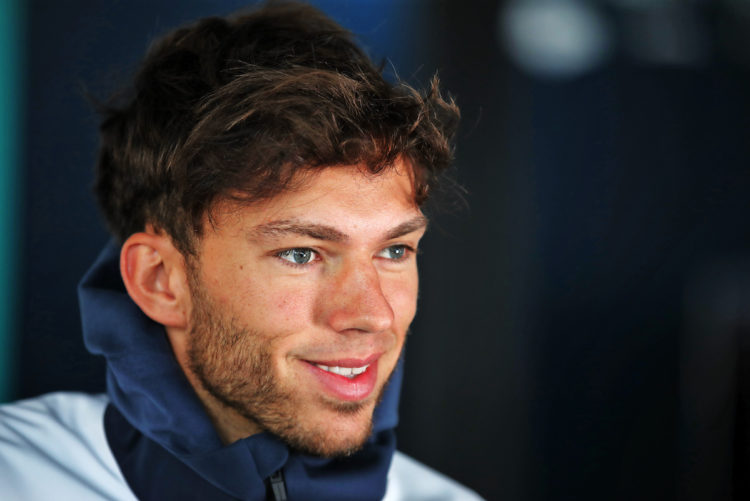 Pierre Gasly says he is aiming to enjoy his home race in France this weekend amid uncertainty that the event will feature on the Formula 1 calendar next year.

The Circuit Paul Ricard’s contract to host the French Grand Prix expires at the end of the current season.

A number of new events have been added over the last year or so, including Saudi Arabia, Qatar, Miami and Las Vegas.

F1 is also looking to return to South Africa going forward, with the new events meaning that current venues will have to make way on future schedules.

It is believed that the French and Belgian races are in danger of dropping off the calendar for 2023.

F1 has raced at the Circuit Paul Ricard since 2018, with the race weekend cancelled in 2020 due to the Covid-19 pandemic.

With doubt lingering over the event’s future, Gasly asserts that he will look to enjoy what could be his last home outing for some time.

“It’s a special weekend as it’s my home race, particularly this year as there is some uncertainty over the future of the French Grand Prix,” Gasly said.

“We are not sure if it stays on the calendar or not for next year, so I want to enjoy the moment and share it with all my fans, supporters and French F1 racing enthusiasts.

“In fact, we’ve organised a special Gasly grandstand at the chicane on the back straight for my fans.

“It’s nice to be able to do something a bit more personal and to connect with them a bit more than usual. It’s going to be a good atmosphere and I hope we can perform well enough to deliver a good result in front of the French crowd.”

Gasly endured a difficult race event in Austria last time out, but is hopeful that upgrades this weekend will bolster AlphaTauri’s performance.

“Austria turned out to be a weekend to forget, so I am particularly keen to go racing again at Ricard,” he said.

“Qualifying at the Red Bull Ring was okay, we were just outside the top ten on a track we knew would be complicated for us.

“But after that, the Sprint Races have unfortunately never gone well for us. On Sunday, I had an incident and we didn’t have the performance level we needed to fight, while getting two penalties didn’t help of course.

But I always prefer to look ahead and I’m hoping things will get much better with the updates we will have on the car this weekend.

“They are mainly on the aero-side and they should deliver a real step up in performance, so I’m keen to try them out at Ricard, in the hope that they can put us back in the fight for points.”