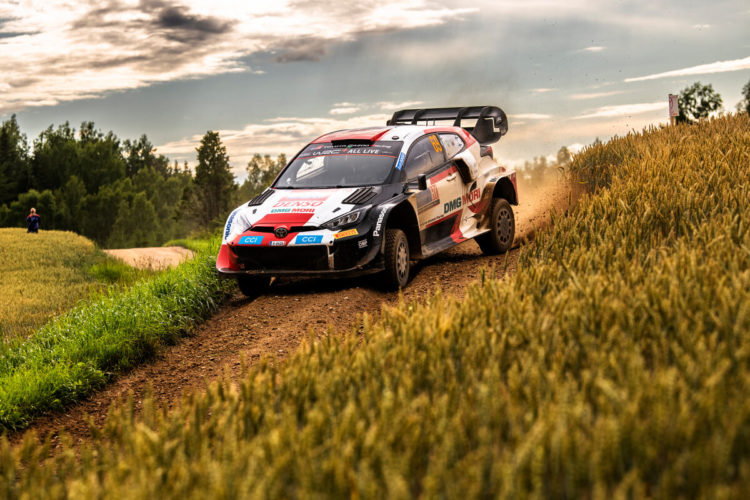 Kalle Rovanpera dominated the final day to finish a minute ahead of his Toyota teammate Elfyn Evans. Ott Tanak would get on the podium to celebrate in front of his home fans.

Rovanpera overcame tricky conditions in the closing stages in which WRC2 cars were able to challenge the main pack for pace. The Finn also extends his championship lead even further after his closest rival, Thierry Neuville, finished fourth.

The last day of the rally finished with two loops of Raadi, Kanepi and Kambja with the latter also playing host to the Wolf Power Stage.

The day didn’t start well for Pierre-Louis Loubet, The Frenchman had struggled all rally, but it all came to a stop as he hit a rock on the opening stage. Despite efforts by Pierre and his co-driver Vincent Landais to repair the car, unfortunately, it had to be retired.

The bad luck for Ford wouldn’t stop there, Gus Greensmith had to retire his Puma after a transmission fault occurred on the second stage of the day.

Despite other people’s issues, Rovanpera would start the day imperiously as he would take three stage wins on the opening loop. The Toyota driver claimed that he wasn’t pushing and taking risks but as he went into the final part of the rally, he had a lead of 40s to his teammate Elfyn Evans and 1m 19s to third placed Ott Tanak.

Rain would be the main obstacle for the last three stages, having started early on in SS23 the conditions would worsen quickly. Evans would pass through 37.1s down Esapekka Lappi’s time who passed through just 20mins earlier.

When Evans finished, he commented: “Feeling relieved to be honest. It was bad, but you never know how worse it can get – in some places there was no grip at all. You have to keep going because you know that, if someone has better conditions, they can have a real push. “

Rovanpera was slower through this stage however he only took a 1.6s hit to his lead. All the drivers were now in ‘bring it home’ mode with conditions not letting up.

In the Wolf Power Stage, the WRC2 car of Andreas Mikkelsen would finish the stage in third! The WRC2 cars were a match for the Rally1 cars on the final test with the rest of the field interspersed with the main contingent.

Rovanpera was followed by Evans, Lappi and Katsuta as the top 4 Rally1 cars in the power stage.

The series heads to fan favourite, Finland on the 4th-7th August where we will get an epic taste of the speed and talent of the drivers in the new hybrid cars. 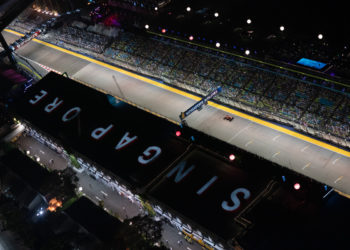 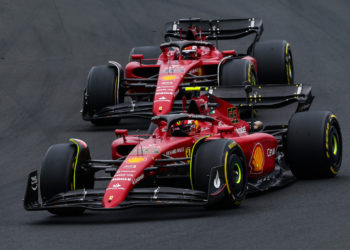