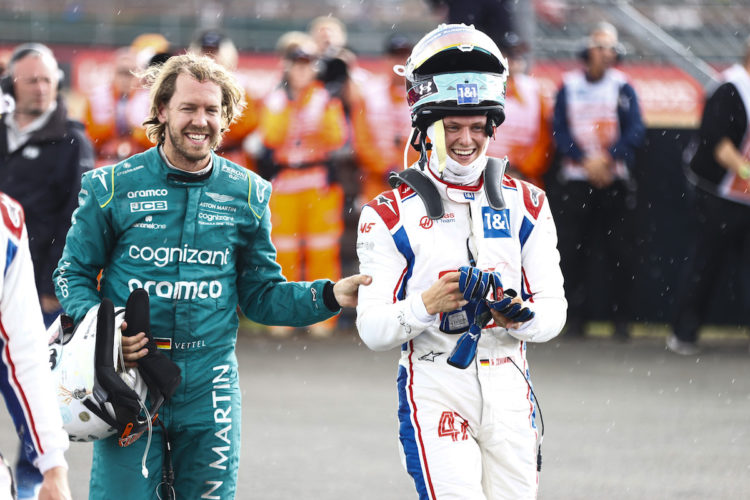 2016 Formula 1 World Champion Nico Rosberg believes the relationship between Sebastian Vettel and Mick Schumacher would be different if they had more competitive cars.

Vettel and Schumacher are known to share a healthy relationship, with Vettel also having a similar bond to Mick’s father Michael.

Both Aston Martin and Haas have competed at the lower end of the pecking order for much of the 2022 campaign so far.

The pair have come together on the track this year, with Schumacher running into Vettel at the inaugural Miami Grand Prix in May.

Speaking to Eurosport, Rosberg believes that the aftermath of the incident would’ve been a lot more sour if they were fighting further up the field, despite their strong alliance.

“There can be no friendship when you’re fighting one-on-one for every victory and title,” said Rosberg. “I don’t think that’s possible.

“There’s so much at stake, it doesn’t work in the long run. But Mick and Sebastian are not rivals for first places.

“Mick crashed into Sebastian in Miami. If it had been about first place, Vettel would have been in a completely different mood after the race.

“But it was about the places in the midfield, so you can overlook that. It’s incredibly nice that Sebastian supports his buddy Mick so much.”

After struggling for much of the opening stages of the campaign, Schumacher captured his career-best result last time out in Austria, crossing the line in sixth place.

Speaking about his form turnaround, Rosberg said: “Mick has had difficult weeks, so we’re all delighted that he’s now made a nice breakthrough.

“Formula 1 is fast-moving. He had to take a lot of criticism. When I open the newspapers these days, I don’t read any criticism about him at all.

“It only took one race, an eighth-place finish [at the British Grand Prix], a great duel with [Max] Verstappen in Great Britain and everything is forgotten again.

“That’s the crazy thing about our sport, but also the nice thing for Mick. Psychologically, that’s incredibly valuable for him because he’s now finding a positive mental spiral. That carries him and that helps him in the coming races.”