Verstappen calls on race directors to stop being ‘stubborn’ 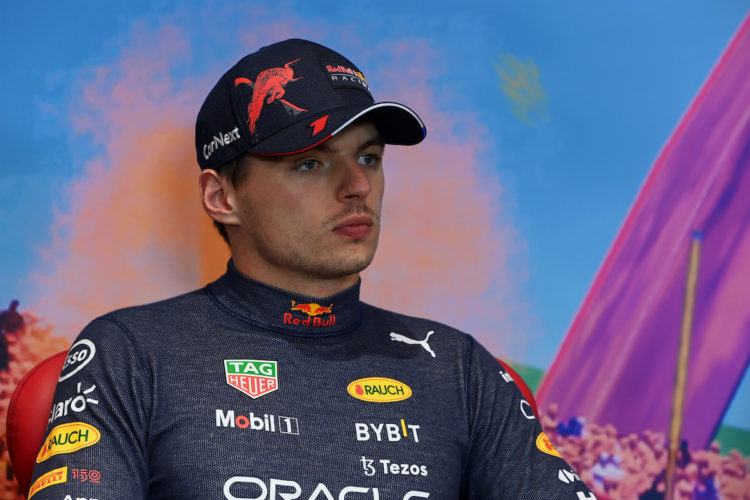 Max Verstappen has hit out at Formula 1’s race directors, calling on them to stop being stubborn regarding on-track incidents.

This year, F1 has two race directors that rotate the duty, with Niels Wittich and Eduardo Freitas taking over from Michael Masi before the start of the 2022 season.

However, there is growing frustration over the lack of consistency in relation to racing discipline and track limits at various weekends.

Question marks have been raised over whether or not F1 should revert to a sole race director going forward.

When the matter was put to Verstappen, the reigning World Champion said: “I don’t think necessarily it depends on one race director.

“I think it’s more about working with the drivers instead of just keeping your stance and just being stubborn.

“You know, we want to make it better for everyone and it’s not like we’re fighting for ourselves.

“We have good conversations between the drivers and at the end of the day, the more or less, on most things we agree.”

Last time out at the Austrian Grand Prix, track limits were strictly enforced across all categories competing at the event, with multiple lap times deleted and several drivers handed time penalties for breaching the white lines.

Verstappen criticised the policing of track limits at the Red Bull Ring: “I think track limits debate [in Austria] has been a bit of a joke, not only in F1 but in F2 and F3.

“It’s easy to say from the outside, ‘you have to just stay within the white lines’. It sounds very easy, but it’s not because when you go that quick through a corner and some of them are a bit blind.

“If you have a bit more understeer, tyres are wearing, it’s easy to just go over the white line, but do we actually gain time? Maybe yes, maybe not.

“And to be honest, there’s only two or three corners where you can really just go a bit wider. I don’t think we should have this value on one [millimetre] over, that’s a penalty or whatever. Then just add a wall or put some gravel back

“These are things where we have to look into how we can make it better because also for the stewards and just the people involved with checking these track limits.

“These kind of things, I think it just doesn’t look good for the sport as well and this is just one thing. Then the other thing is racing incidents and stuff.

“Yeah for sure we can do better. I think we will work on it we’ll try to make it better.”