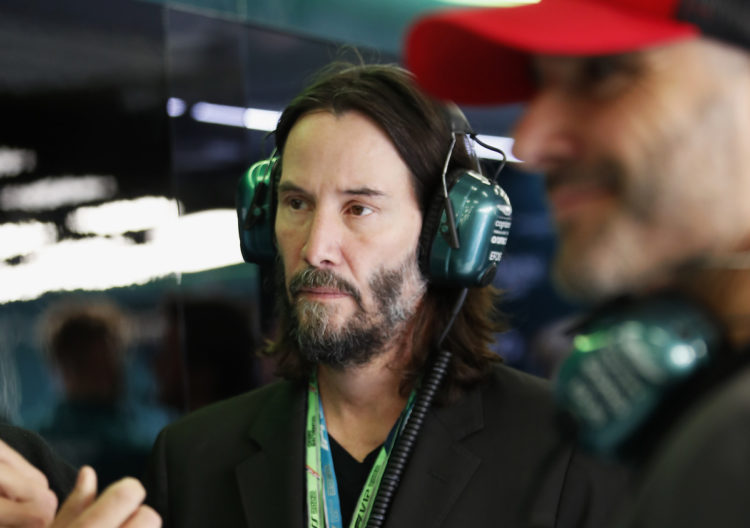 Actor Keanu Reeves is set to be involved in a Formula 1 docs-series, which will be released on the streaming platform Disney+.

Variety reports that the as-yet-untitled series will be released in 2023.

It is set to focus on current F1 Managing Director Ross Brawn, who enjoyed success at multiple teams throughout his career.

In 2009, Brawn took over the Honda team and remarkably won the Constructors’ Championship, as well as the Drivers’ title with Jenson Button.

Brawn previously worked at Benetton and Ferrari, and had a short stint at Mercedes, which took over the Brawn GP operation for the 2010 season.

After stepping back from F1 in 2014, Brawn returned in 2017 as its Managing Director after Liberty Media acquired the commercial rights for F1.

Reeves, who is known for his roles in The Matrix and John Wick franchises, was present at the British Grand Prix earlier this month.

Variety reports that Reeves has already been conducting interviews for the series, with former Ferrari chairman Luca di Montezemolo also believed to be involved, along with Brawn’s drivers for the 2009 season Button and Rubens Barrichello.

Formula 1 is currently enjoying a boom in popularity, stemming from the success of Netflix’s Drive To Survive Docu-series.

Last month, Apple confirmed that it had secured the rights to a new Formula 1-related movie starring Brad Pitt, with seven-time World Champion Lewis Hamilton assisting as a producer.