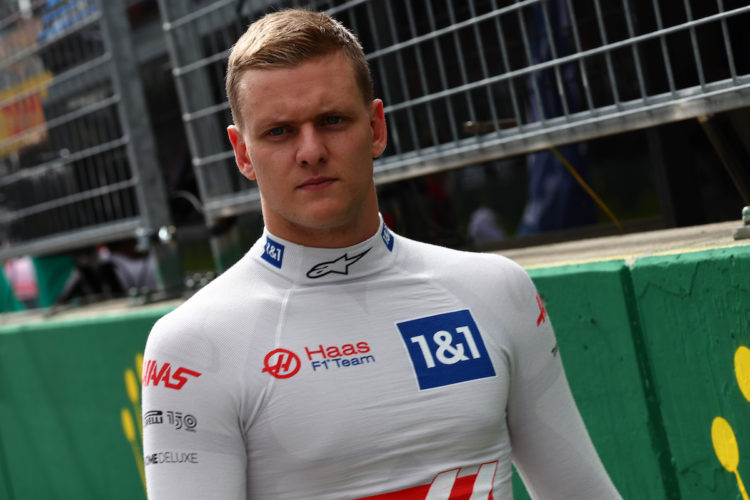 Ex-Formula 1 driver Johnny Herbert says that Formula 1 is now seeing an “angry side” to Mick Schumacher.

Herbert says that the attitude is similar to that of his father, seven-time World Champion Michael.

Last time out at the Austrian Grand Prix, Schumacher was left unhappy after the F1 Sprint when his Haas team didn’t allow him to attack team-mate Kevin Magnussen.

He dropped out of the points by the end of the race, but captured a sixth place result in the main grand prix on Sunday.

It marked the German’s best result in F1 to date, with Schumacher displaying a strong turn of form following his early season struggles.

Schumacher suffered heavy crashes in Saudi Arabia and Monaco, while Magnussen collected a majority of the team’s points.

Herbert believes that Schumacher has successfully learned from his crashes earlier this year.

“That tough crash at Saudi Arabia is something you have to learn from, this experience you sort of take on board, put it in a little box in the back of your head,” Herbert told Sky F1.

“But I think it’s the way he’s grown in recent times, getting that result and so it’s absolutely essential for him to be honest with Guenther sort of pressurising him and saying ‘well, we’ve run out of time, you’ve got to get on with it.’

“And he did. And that is under pressure.”

Herbert, who was team-mates with Mick’s father Michael in 1995, believes that there is a growing resemblance between the pair in F1.

“Now we’re seeing Michael come out, dad, and that is the angry side and that is a very, very important part of being a racing driver,” Herbert said.

“When things aren’t quite going as you want them to do, you have got to make a point. It’s great to see that, because now we’re seeing the true Mick.”