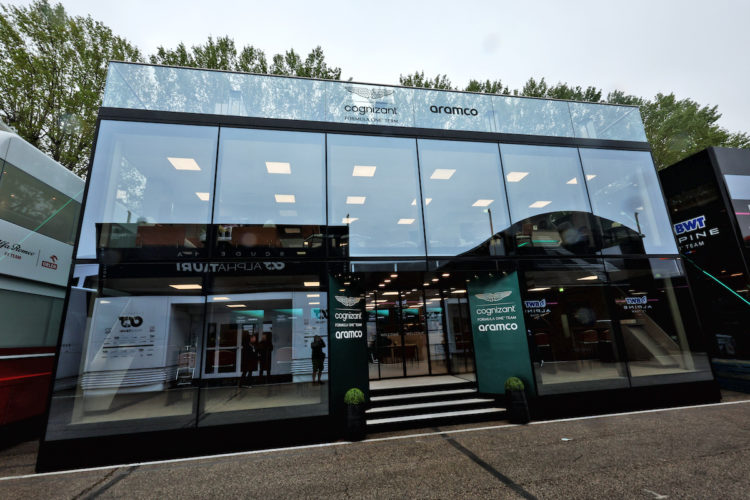 A former employee of the Aston Martin Formula 1 team alleges that he suffered racial abuse from colleagues during his duration at the team.

In an interview with Sky News, Aidan Louw, a 25-year-old man who was born in South Africa, says that he also was targeted with homophobic remarks.

Louw worked as a laminator, building parts of the cars, and joined the team in February earlier this year.

However, he claims that he was subject to racist abuse almost immediately after taking on the role.

“Before I even walked into my working environment that’s when I was told ‘look if you’ve got a problem with how we speak here, it’s just how we speak’.

“It went from brownie to darkie – I wasn’t referred to as Aidy… or anything like that. I was called n** n** and brownie – that is what I was referred to.

“It was towards the end of the duration that I had finally processed what was happening.

Louw is a dual citizen of South Africa and the UK, and says that he was also met with an apartheid-era insult.

He also suffered homophobic remarks: “I disclosed to someone that I had a boyfriend in my teen years and that was it – in that split second everything switched.

“As soon as they found out about that sliver of information that was it, they were trying to claw me down to break me down as a man, as an individual and a human.”

The issue of racism has been prominent in F1 over the last number of weeks after Lewis Hamilton was subject to racial abuse by fellow F1 World Champion Nelson Piquet.

Louw asserts that he doesn’t want to be viewed as a victim, but highlighted that racism is an active problem in motorsport.

“I don’t want to be viewed as a victim, that’s not who I am but the fact is this (abuse) is not right, it’s not just me that’s the victim it’s my community, my community is the victim.

“We’re not asking to be given those opportunities, things to just be dropped on our plate just because of ethnic origin or sexual orientation.

“The fact is I know there are kids out there who have got dreams to do this the same as me…and if it’s a lie, then what’s the point? What is the point?

“There is no sport. It doesn’t matter how many sponsors chuck money into it. No matter what the repercussions are, publicly for me, I’m willing to accept because this message is bigger than me.”