Opinion: Some F1 fans need a lesson in decorum 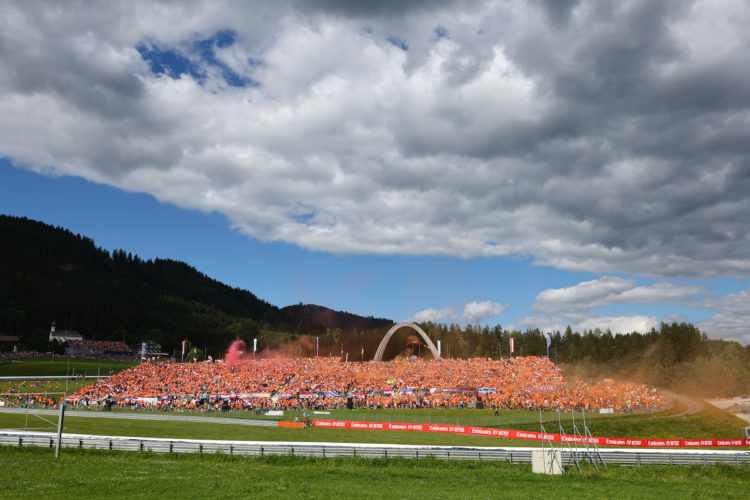 Imagine that you have spent your hard-earned money on attending a Formula 1 grand prix weekend. The tickets, which are far from low-cast, grant you access to watch the fastest racing cars in the world and one of the most unforgettable sporting experiences of your life.

And when you get there, you take it upon yourself to boo a driver.

Hostile crowds are nothing new in sport. Rivalries and fan favourites form part of why we love sport as a source of entertainment. But sometimes, when you get there and are dropped in the heat of the moment to cheer on your favourite driver with thousands of peers around you, that can lead to expressions of resentment.

It’s a community mindset that echoes throughout a variety of sports, but it has been a subject that has been prominently talked about over the last week or so after fans at Silverstone and the Red Bull Ring made their grudges for Max Verstappen and Lewis Hamilton clear.

At the British Grand Prix, when Verstappen stepped up to be interviewed at the track, the Silverstone crowd opened their vocal chords to rain a chorus of boos upon Verstappen. Whether it was a statement in response to their 2021 Silverstone collision, the Abu Dhabi fallout, or the 2021 rivalry as a whole, it was uncomfortable. Hamilton quickly condemned the jeers.

“We’re better than that so I would say we don’t need to boo but we have such great fans and they feel emotions,” he said. “I don’t agree with booing, we should be here pushing everybody and it doesn’t make any difference if they have already made a mistake or whatever it is. I really appreciate the fans I have here and maybe some are still feeling the pain from last year still.”

Even more horrifically, when Hamilton lost control of his W13 car and crashed out of qualifying last Friday in Austria in front of a grandstand filled with Verstappen fans, there was cheers and fist pumps as the seven-time World Champion’s session came to a premature end.

It’s unjustifiable to ever celebrate the crash of a driver. Although it is nothing new, it doesn’t mean it can’t be addressed now.

“I think we need to speak more to the fans that cheering when a car is in the wall,” Mercedes team boss Toto Wolff told Sky F1, “or booing for a driver that gives an interview, it’s not that we would do with our competitors and enemies even if you think we would have some animosity out there. No one should do it. We need to collectively with F1, to educate people.”

Verstappen asserted that he is unaffected by the hostile reception he received at the British Grand Prix, but it still doesn’t make it right. While antagonising athletes is more common in other sports, it is not customary in F1, and it just doesn’t feel appropriate to do so when drivers risk their lives every time they step into the car.

It’s why cheering for Hamilton’s crash was particularly bothersome. There was no waiting to see if the driver was OK – it was just instant joy that a driver who shared a rivalry with their man last year had crashed his car. On most occasions, football fans don’t cheer when a player limps off a field, or is taken out of the game due to injury. In a similar way, if a driver’s session is ended by a crash, why do F1 fans feel the need to express jubilation, especially when the condition of the individual is unknown? Are we, as a sport, not better than this?

It’s also disappointing that in a time where positive mental health is being promoted by some drivers on the field, including Hamilton, there is this potential obstacle to overcome.

Whether or not drivers are impacted mentally by having their mistakes and collisions whistled and clapped at by fans is to their own knowledge. But there needs to be at least some level of respect shown by fans. The drivers are not merely sources of entertainment – they are human beings. And your ticket doesn’t give you the right to channel your hatred toward them when unwarranted.

One of the most repulsive aspects of football, the most followed sport in the world, is the sheer disdain that the players and officials are subject to on a daily basis.

With F1 ever-growing in popularity, F1 looks to be heading down the same track.

This opinion article originally appeared in issue 475 of our weekly digital motorsport magazine, Motorsport Monday. Completely free to read with no sign-up necessary, Motorsport Monday is published every Monday morning and is packed full of motorsport content. Check out the latest issue here.