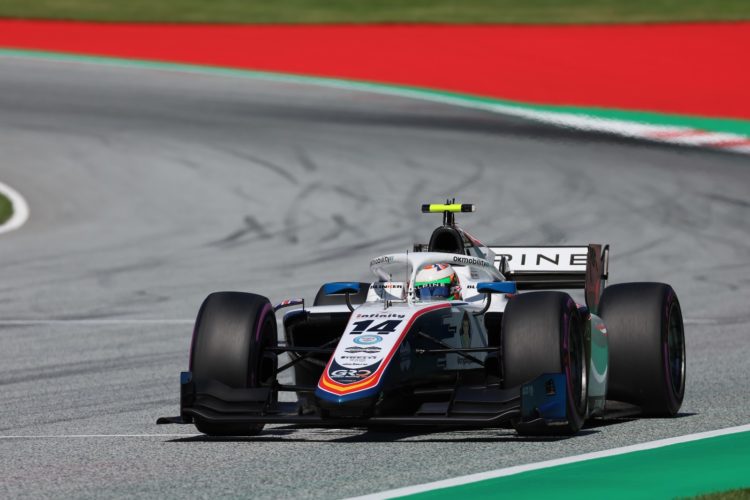 Alpine-backed youngster Olli Caldwell is on the brink of a one-event suspension from Formula 2 after picking up another penalty point in Austria.

Campos racer Caldwell moved onto 11 penalty points for the season after accruing one in the Sprint Race for exceeding track limits on four occasions.

Caldwell safely navigated the Feature Race without drama, recording a career-best sixth, but must negotiate the next five events without picking up another penalty point to avoid a suspension.

Seven of Caldwell’s 11 penalty points were accrued in the opening event in Bahrain for a range of setbacks.

He also received separate penalty points for impeding during qualifying in Saudi Arabia and Monaco respectively, and one for a pit lane incident in Emilia Romagna.

Caldwell was signed to Alpine’s junior programme prior to the start of 2022 and recently tested its 2021-spec A521 at Silverstone.

Van Amersfoort Racing driver Amaury Cordeel has already served a one-round suspension in 2022 after picking up 12 penalty points after Azerbaijan.

He returned to the championship in Austria, after serving his suspension in Britain, and has already accrued four more penalty points.