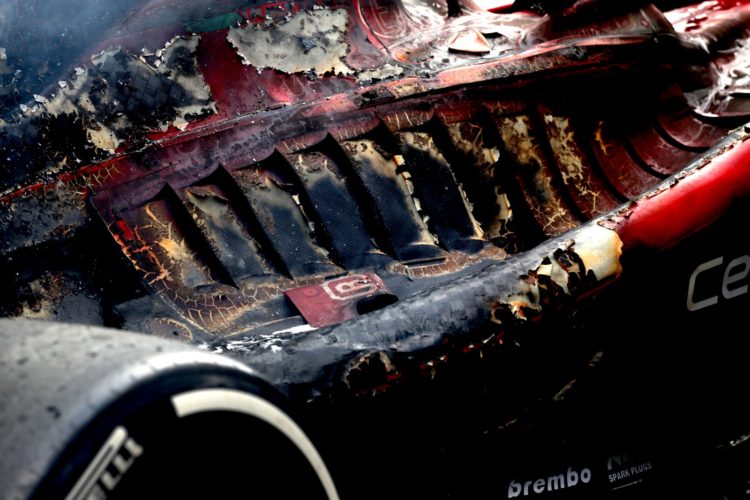 Carlos Sainz has suggested that the relatively slow response to his fire in Austria needs reviewing, in a bid to prevent a repeat scenario.

Sainz was on the brink of challenging Max Verstappen for second place at the Red Bull Ring when he suffered an engine failure along the back straight.

Sainz pulled the F1-75 onto the service road on the outside of the entry to Turn 4 that has a steep incline.

As the flames grew, and approached the cockpit, Sainz strives to extricate himself from the burning car but was wary of it rolling back towards the track.

Eventually a marshal arrived to place a block in front of Sainz’s right-front tyre, facilitating his exit, with the fire extinguished in the aftermath.

“It was not ideal and an easy situation for sure, I saw in my mirrors my car was catching fire but at the same time I was pressing the brake and as soon as I tried to jump out, I saw I was upwards and I didn’t want to leave the car completely free, out of control, rolling backwards,” explained Sainz.

“I was calling the marshals to come and help me to put something on the tyres to stop the car rolling down but I think the whole process was a bit slow and at some point there was so much fire that I had to really get a move on and jump out independently.

“I think it was just at that point it was when the first marshal arrived and stopped the car, so it’s definitely something we need to look at, what we could have done a bit faster, because it’s not the easiest situation to be in.”

It means Sainz is likely to face an engine penalty but Binotto did not outline whether this would come as soon as the next race in France.