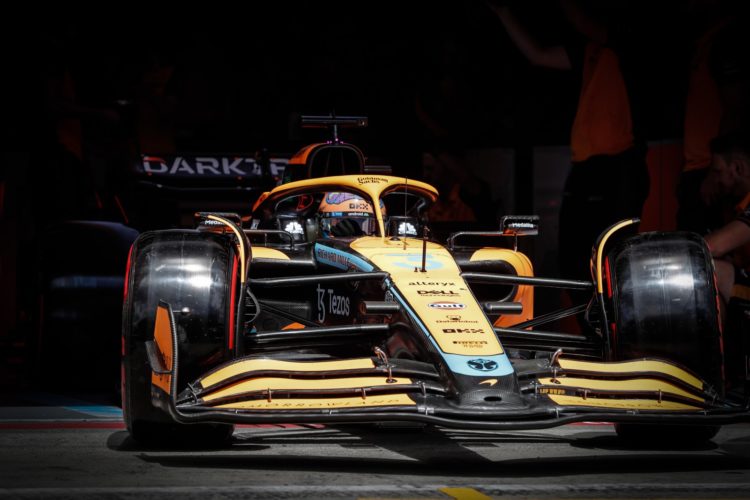 Daniel Ricciardo says McLaren must be pleased with a double points finish in Austria off the back of its subdued start to the weekend.

Ricciardo was eliminated from Q1 on Friday while team-mate Lando Norris was slowest in Q2 after being afflicted by an intermittent brake problem.

Both made gains in Saturday’s Sprint and went on to finish in the points in the grand prix, with Ricciardo ninth, and Norris seventh.

“Obviously the target was points,” said Ricciardo. “I think, as a team, we’re happy with that. It’s a lot better than where we were Friday, so to get double-points is good for us.

“I was struggling with the left-front on the first stint as I’d had a lock-up into turn one, and put us a bit on the back-foot. So it didn’t feel as good as [in Sprint]. We then struggled more with the front, particularly front-left, even without the flat-spot, but I think we did well to get what we could.

“I would have loved to have got [Kevin] Magnussen, but we’ve got to take what we can. More points, bit of damage-limitation, so pleased with that.”

Norris sustained a five-second time penalty for abusing track limits, a setback that cost him a realistic shot at Mick Schumacher’s sixth place, but was encouraged by his race.

“A positive day, we went forward a good few positions and scored some decent points,” he said.

“I made a couple of mistakes with the track limits and ended-up with a five-second penalty, which probably hurt us. I should have been P6 but, apart from that, a solid day.

“The pace in the car was reasonable and we got the points that we wanted, so happy in the end. We just need to keep improving and keep pushing for next time.”