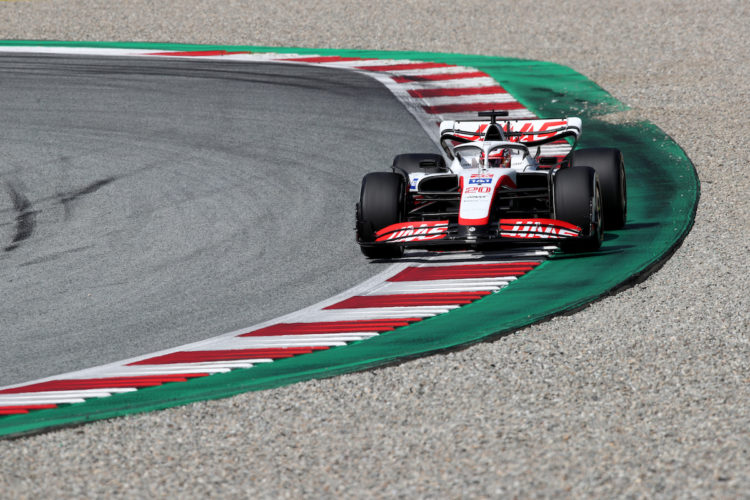 Kevin Magnussen says that he was “praying to God” that his Power Unit wouldn’t fail during the Austrian Grand Prix on Sunday.

Magnussen crossed the finish line in eighth place, while team-mate Mick Schumacher was sixth, capping off the team’s strongest points haul of the 2022 season so far.

However, the Danish driver was battling a Power Unit issue throughout the entire race, which left him nervous over the likelihood of finishing the grand prix.

Ferrari, who powers the Haas team, had an extreme failure on Carlos Sainz’s car, with the Spaniard’s engine catching fire toward the end of the race.

“I feel good,” Magnussen said after the grand prix. “What a weekend for our team. It’s really been great.

“Finally we had a bit of luck, it finally went our way. After those four or five races recently that weren’t good for us, we had the pace.

“It’s hard not to get down a little bit about it. The last two races we’ve been lucky, especially this weekend, we just had a great qualifying, a great Sprint qualifying and then a great race. I’m quite happy.

“I had a bit of an engine issue all race, so I was just praying to God that it would blow up, which it didn’t.

“I’m super thankful for that, that I was able to finish the race with that problem.”

Haas is yet to introduce a major upgrade to its VF-22 car, while other teams have been bringing new parts to their cars throughout the year.

Magnussen says that Haas’ pace without the inclusion of updated components leaves him excited for the team’s direction going forward.

“It’s exciting. It’s exciting, I’m looking forward to see… I’m getting nervous for that upgrade, maybe we shouldn’t use it at all!

“No, it’s very exciting, we’re in a great position,” he commented.