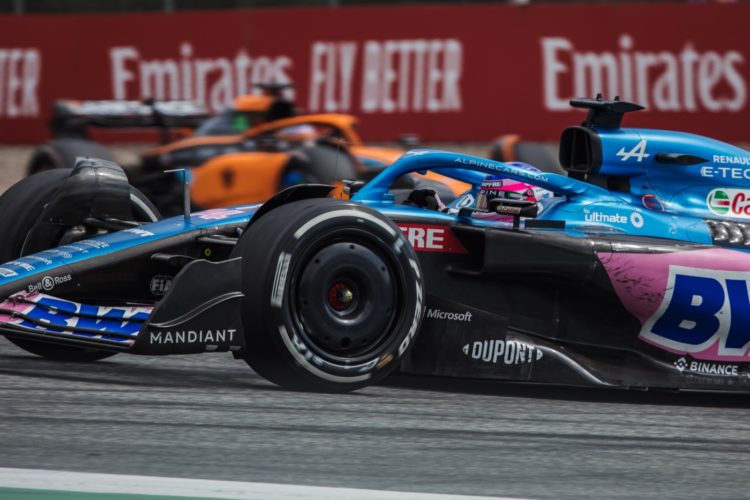 Alonso came into the pits during the Virtual Safety Car period but came in a lap later after complaining of vibrations from the left-front.

It emerged that the wheel had worked its way loose, prompting Alonso to pit once more, eventually coming home at the foot of the top 10.

Stewards investigated the situation and deemed that “there is nothing in the video [evidence] to indicate that the pit stop was anything other than a normal pit stop.”

Nothing was wrong with the A522 until just before Turn 3, where the left-front wheel “slightly disengages from the car by a very small amount.”

Alonso informed Alpine at this point that another pit stop was required but did not divulge further details, stating he was unable to see the rim of the wheel.

Stewards concurred that there was “still nothing obvious” from Alonso’s vantage point and that he was able to continue to the pit lane.

The FIA inspected the components post-race and deemed that the damage to the wheel and axle were consistent with a parts failure.

As a result it was concluded that the wheel was fully fitted and that prior to the failure all retention systems worked as designed.

Despite the setback, fifth place for Esteban Ocon, along with Alonso’s point, lifted Alpine level with McLaren on 81 points in the battle for fourth in the standings.