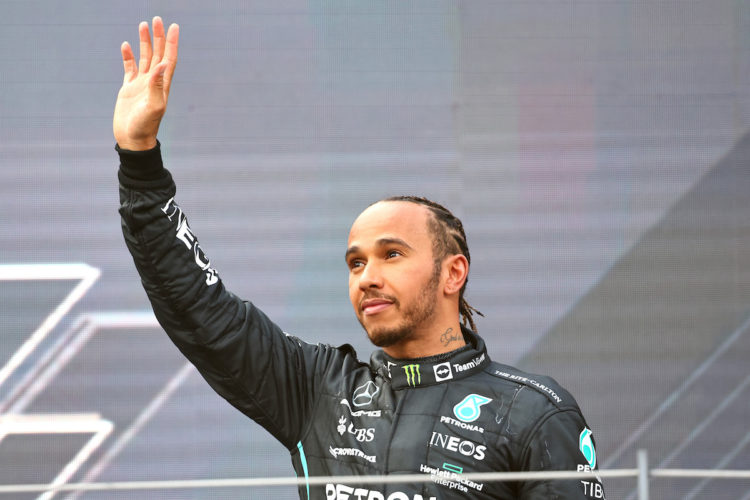 Lewis Hamilton says it was “a bit of a shock” to hear reports that several attendees at the Austrian Grand Prix were subject to abuse during the race weekend.

A number of fans spoke on social media over how they were sexually harassed at the Red Bull Ring, with others witnessing homophobic and racist remarks.

F1 declared on Sunday morning that it would take the allegations seriously, with some teams inviting those who were targeted into their pit garages for Sunday’s grand prix.

Hamilton stated before the race on Instagram that he was “disgusted and disappointed” over the allegations.

Speaking in more depth on the matter following his drive to third place on Sunday in Spielberg, Hamilton says tackling the matter is down to education.

“I arrived with a really positive mindset this morning and then I heard some of the things that had been said and [I was] just in a bit of shock,” Hamilton said.

“[It was] just really sad and just to know that people arrive on the weekend to have a great time, to celebrate, to enjoy their time off and enjoy a great experience.

“And you know, if you go to the UK, we’ve got obviously a wide range of fans that go there. Here of course you’ve got a lot of the Orange Army.

“So when we do the parade lap, you have to look quite hard to kind of see the neon caps, they stand out a little bit better but there’s, of course, not as many as the orange here.

“But just to notice someone sitting in a crowd supporting someone else is receiving abuse is… It’s crazy to think that we’re experiencing those things still in 2022.

“So, we have to continue to do more. It just highlights that it’s still an issue all over. And it comes down to education, and, of course, ignorance.”

Hamilton called on all people who are watching and following Formula 1 to spread a message that spectators should feel safe when attending a race weekend.

“And you should be able to follow whoever it is you want to follow. It doesn’t matter.

“It shouldn’t matter, your gender, your sexuality, or the colour of your skin, you know, it should just be everyone here to have a great time.”