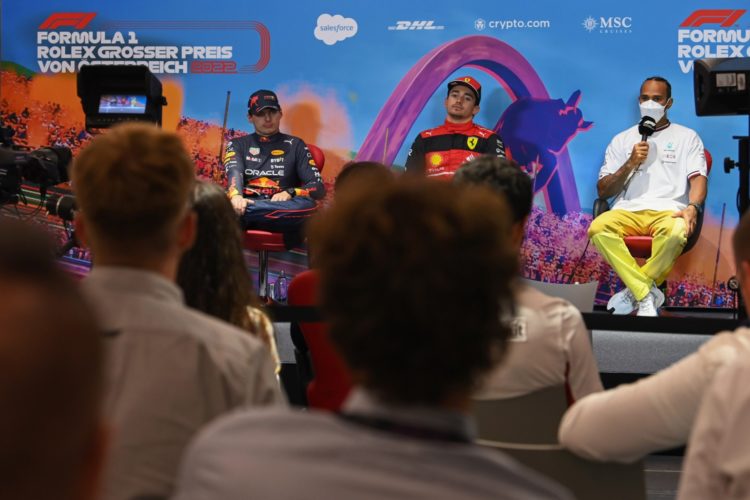 Charles Leclerc, Max Verstappen and Lewis Hamilton were all issued suspended €10,000 fines after their physios, or driver assistants, entered parc ferme without permission.

It was outlined in the post-race notes document, issued on Sunday morning, that ‘driver physios must wait outside the cool down room behind the podium until the podium ceremony has concluded.’

A report was handed to the stewards that outlined that all three were in breach of this.

The stewards outlined that the rule is in place ‘in part to prevent handing over of items to the drivers prior to them being weighed’.

In conjunction with the suspended fine it was outlined that ‘the passes of the individuals concerned may be revoked in case of systemic violation’.