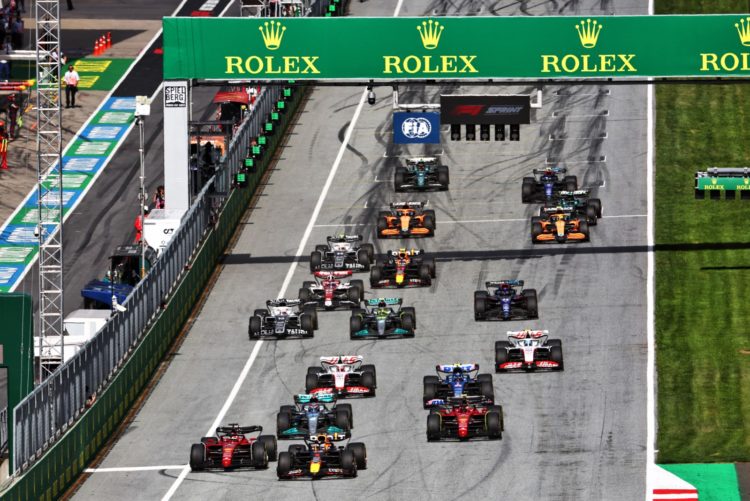 Seven drivers have been summoned to the stewards after Formula 1’s Sprint in Austria over messages during the second formation lap.

An additional lap to the grid was called in the wake of Zhou Guanyu suffering an issue as he exited the final corner on the original formation lap.

It outlined that they were allegedly in breach of Article 33.1 of the Sporting Regulations regarding ‘messages to drivers during the second formation lap’.

That article outlines that ‘the driver must drive the car alone and unaided’.