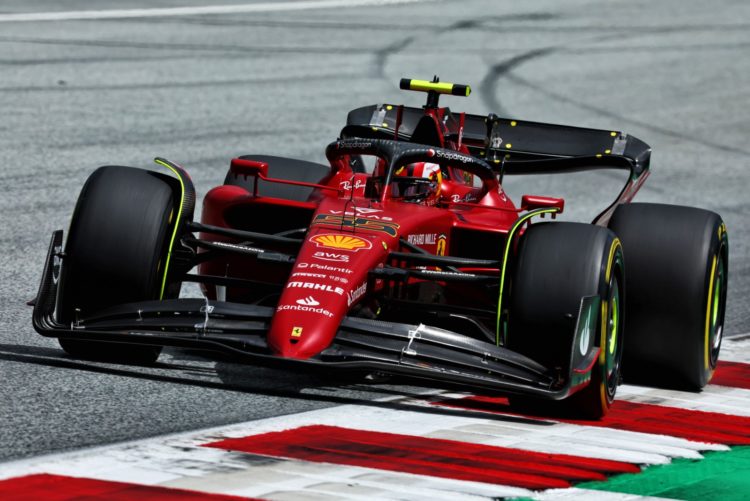 As per previous Sprint weekends the best lap was off the ultimate pace, with teams focusing on longer runs, due to having no reason to chase one-lap potential.

Charles Leclerc classified second, within a tenth of his Ferrari team-mate, while Verstappen finished third.

Alpine wound up fourth and fifth, with Fernando Alonso ahead of Esteban Ocon, while Sergio Perez was sixth for Red Bull.

Mercedes was able to return both George Russell and Lewis Hamilton to the circuit during the session after their respective qualifying accidents.

Team boss Toto Wolff quipped earlier on Saturday that Mercedes’ garage looked as if a Lego car had been dropped such was the damage and range of components littering the floor.

Russell joined proceedings in the early stages though Hamilton was only able to participate in the final 15 minutes of the session.

Hamilton was switched to the spare chassis, while both drivers took on different gearboxes and had floors and wings repaired, with their respective power units also checked and given the all-clear.

Russell finished the session in seventh spot, with Lewis Hamilton ninth, either side of Alfa Romeo’s Valtteri Bottas.

There were no major incidents or issues during the one-hour session, which was held in fine and dry conditions.