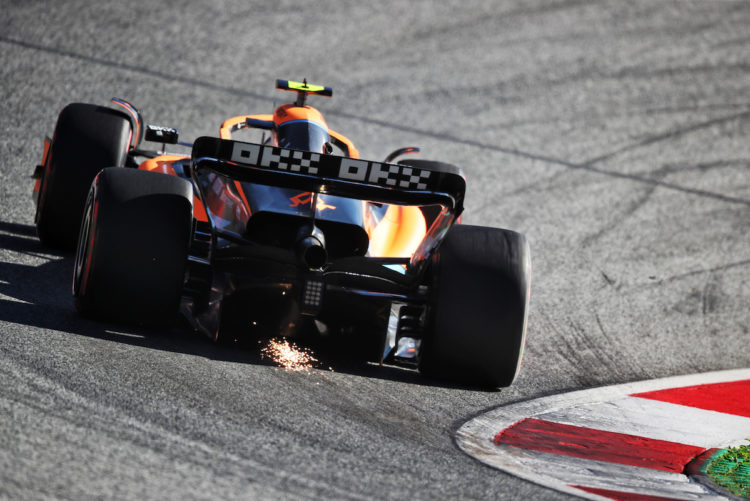 Lando Norris says it was “pretty scary” to experience the brake issues that he suffered from during qualifying at the Red Bull Ring on Friday.

During the session, Norris complained on team radio that he was “scared to hit the brakes”, and was seen running wide at several corners.

The Briton failed to advance from Q2, capping off a difficult day after his FP1 session ended with a mechanical failure.

“We just had some issues, pretty much,” Norris said. “We were lucky to get away with them in Q1 on a couple of laps.

“But just a lot of problems, since the beginning of the day in FP1. Just on the backfoot, the braking, a lot of problems with some of the things on the car that doesn’t allow us to do a lap.”

Norris believes that without his braking issues, he would’ve been through to the top 10 shootouts.

“The car had some decent pace, we should’ve been in Q3,” he said. “I had the confidence in the car when things were working to be in Q3, but just the engine issue this morning, we lost a lot of laps.

“I had no low-fuel laps, so Q1 was my first feeling of low fuel, high grip. So just on the backfoot compared to other teams, let’s say.

“Now even more issues in qualifying, in the middle of the braking zone the car just goes straight on. Pretty scary but hopefully we can fix it.”

Norris will start the F1 Sprint from 15th on the grid, alongside team-mate Daniel Ricciardo who was eliminated in Q1.

Norris was low-key over McLaren’s chances for the remainder of the weekend, asserting that it will be a challenging Saturday and Sunday for the team.

“I definitely think we’re out of place, we should be up in Q3,” he said. “But it’s close at the same time, I don’t think we have any strengths at the minute.

“It’s going to be hard to make up for where we are. But it’s a sprint race, a long race on Sunday.

“Many things can happen, I want to be optimistic but it’s going to be a difficult weekend.”