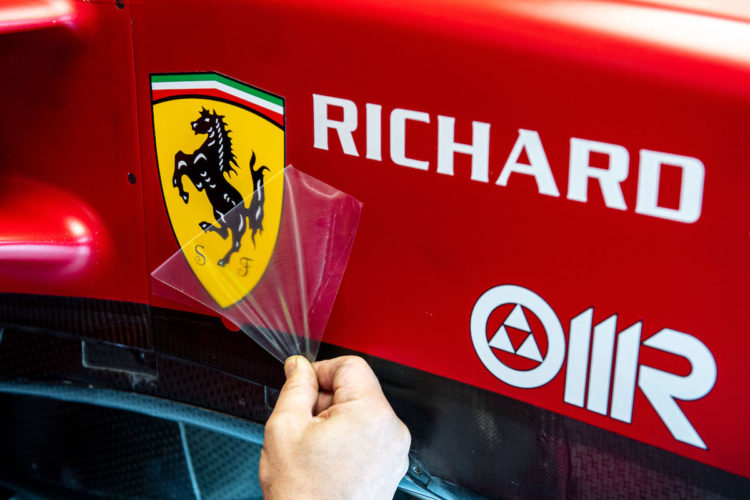 Ferrari is running the original prancing horse logo at the Austrian Grand Prix, celebrating 90 years since its first appearance.

The original version of the emblem was first used at the 1932 24 Hours of Spa-Francorchamps, which took place on July 9th.

It first appeared on two Alfa Romeo 8C 2300 MMs, driven by the pairings of Antonio Brivio/Eugenio Siena and Piero Taruffi/Guido d’Ippolito, who scored a one-two finish.

The logo doesn’t differ much to the version that is used today, almost one century later, however the famous horse was less stylised, while the team initials were smaller and spaced further apart.

The logo was originally the design used by aviator and war hero Francesco Baracca. Baracca’s family suggested that Ferrari should use it for good luck.

The yellow background that has also featured on the emblem is a tribute to the city of Modena.

As well as its use in F1, the retro design will also feature at this weekend’s World Endurance Championship round in Monza on the 488 GTE cars in the LMGTE classes.