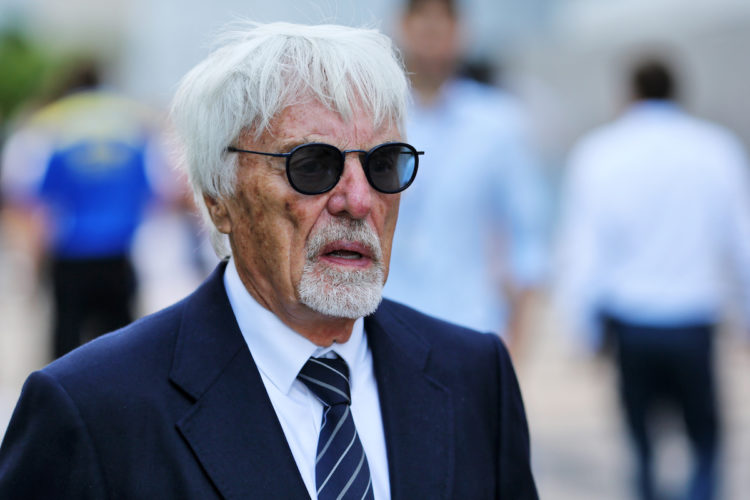 Ex-Formula 1 CEO Bernie Ecclestone has apologised for recent comments he made regarding Russia’s invasion of Ukraine.

For a number of years, Ecclestone and Russian president Vladimir Putin have been known to have a strong friendship, with Putin often in attendance at the now-axed Russian Grand Prix.

Speaking to Good Morning Britain late last month, Ecclestone described Putin as a “sensible” man, insisting that he would “take a bullet” for him.

He also criticised Ukraine leader Volodymyr Zelenskyy, believing he “absolutely” could have done more to prevent the war in the country.

Ecclestone received backlash for his comments, with F1 distancing itself from the 91-year-old’s statement.

But speaking to Sky Sports, Ecclestone has apologised for the words that he used, asserting that he doesn’t defend Russia’s invasion of Ukraine.

“I think often, people come out and say things or do things without really too much thinking,” Ecclestone said. “Probably I did the same.

“I can understand people thinking that I’m defending what he [Putin] has done in Ukraine, which I don’t. I was brought up during the war [World War II]. I know what it’s like.

“They want to get on with their lives, they want their kids to go to school and try to go to work and earn a living to keep the family going. They don’t deserve to have to suffer.

“It’s not good for anybody, I can’t see anyone getting anything out of this. I think they should get together and get an agreement. I’m sorry if anything I’ve said has upset anybody because it certainly wasn’t intended.”