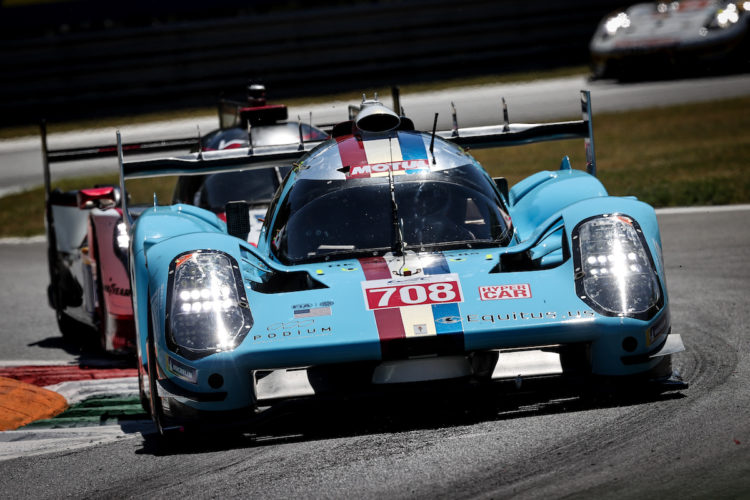 Brendon Hartley, behind the wheel of the #8 Toyota, coouldn’t touch Dumas all through the 10 minute session for the Hypercars and LMP2s, with the veteran Frenchman ending the session 0.919 ahead of the Kiwi.

Third was the #36 Alpine A480, with Nicolas Lapierre lapping just over a second slower than Dumas. In fourth was Kamui Kobayashi in the sister #7 Toyota, but the Le Mans qualifying lap record holder couldn’t get close to Hartley this timed, ending over half a second off his teammate and a full one and half seconds off Dumas.

Fifth place went to the #94 Peugeot, driven by Gustavo Menezes. The American was 1.8 seconds off Dumas, though, with the Peugeot’s lack of top speed maybe crippling them at the high-speed Monza track.

However, the session was brought to an early end as Mikkel Jensen stopped the #93 Peugeot on track, between the two Lesmo corners, with a couple of minutes remaining on the clock, causing a red flag that would signal the end of qualifying with 1 minute 35 seconds left on the clock. Jensen had previously driven over the kerbs at the first chicane, which maybe upset the brand new car. He didn’t set a competitive lap time in the session and was therefore last.

In LMP2, Filipe Albuquerque put the #22 United Autosports Oreca 07-Gibson on pole. The Portuguese ace set a 1:38.403 on his final lap to go fastest, over three tenths ahead of his nearest competition.

The competition was chiefly Mathias Beche in the #44 ARC Bratislava Oreca 07-Gibson, which qualified second for tomorrow’s race, and Ferdinand Habsburg of the #41 Realteam by WRT Oreca 07-Gibson, who placed third, just 0.049 off Beche.

As usual in WEC, the GTE-Pro cars went out first, with the prototypes second. In GTE-Pro, Ferrari set the initial pace with Alessandro Pier Guidi in the #51 Ferrari 488 GTE EVO, but Nick Tandy in the #64 Corvette C8.R put in a faster lap. However, the Brit’s lap was then deleted for track limits as he ran wide at Parabolica.

Tandy had to get a move on then to set a fast lap, but his next lap was also deleted for exceeding track limits. He finally put in a lap to go third, behind the two Ferraris, before splitting them to end up second.

Pier Guidi, then, took class pole with a 1:45.270. Tandy was just 0.054 off this, while Pier Guidi’s teammate, Antonio Fucuo driving the #52 Ferrari, went third, just four thousandths of a second slower than Tandy and 0.058 slower than his fellow Italian.

The two Porsches were almost half a second of Fucuo alone, though, with #91 Porsche 911 RSR-19, Gianmaria Bruni at the wheel, leading Michael Christiansen in the #92 Porsche, who was a further two and a bit tenths off Bruni.

In GTE-Am, pole went to the #85 Iron Dames Ferrari 488 GTE EVO, giving Ferrari a clean sweep of the pole positions in GTE. Sarah Bovy set a 1:47.431, over two tenbths faster than Ben Keating in the #33 TF Sport Aston Martin Vantage AMR. Third in class went to Christian reid, driving the #77 Dempsey-Proton Porsche 911 RSR-19, over half a second off Keating.