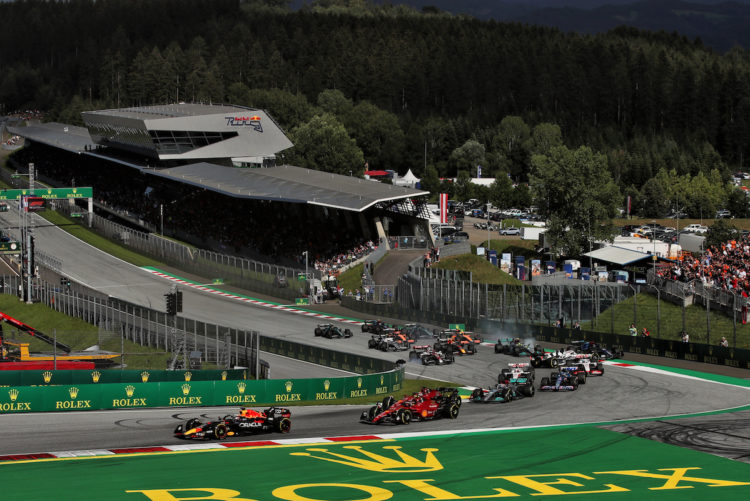 The original race start was abandoned when Zhou Guanyu came to a halt on the exit of the final corner.

As the start was aborted, the drivers were informed that there would be an extra formation lap, with the race shortened by one lap.

However, Mick Schumacher, Daniel Ricciardo, George Russell, Esteban Ocon, Sergio Perez, Lance Stroll and Sebastian Vettel were told to use their pit limiter when pulling away.

The communications were investigated as Article 33.1 of the sporting regulations state that “the driver must drive the car alone and unaided”.

However, the Stewards determined that the radio messages were permitted and didn’t warrant a penalty,

The drivers were in danger of receiving a 10-second time penalty, which 2020 Haas drivers Kevin Magnussen and Romain Grosjean were handed at that year’s race in Hungary for communication with the team during the formation lap.