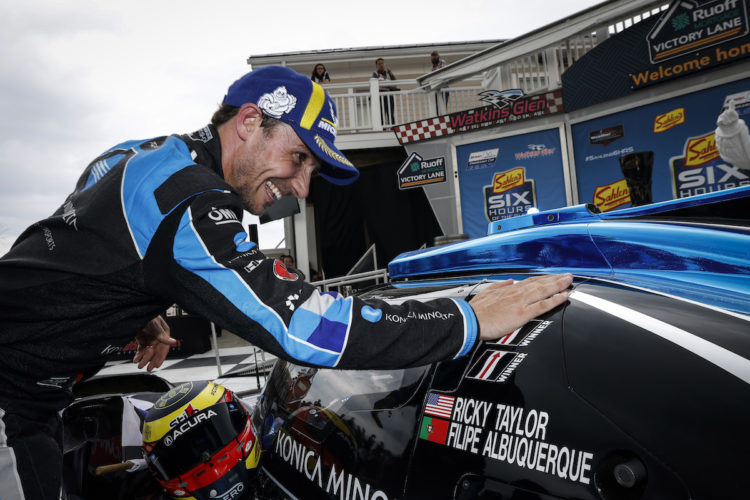 Filipe Albuquerque is hoping Acura reconsider their decision not to compete at next year’s 24 Hours of Le Mans, with the Wayne Taylor Racing driver wanting to compete in the race’s top class.

Speaking to MotorsportWeek.com, the Portuguese driver said, ”I hope that Acura wants to come over to Le Mans and compete with their car here. If development of the car goes well, it would be great to have a shot at the overall win at Le Mans, because that is my dream, winning that race.”

He added: “Wayne Taylor Racing wants to do it too, and if you have all the ingredients of a nice pasta…  if you don’t make it, it’s frustrating. But I respect the decision and whatever happens.”

Acura previously ruled out competing at Le Mans next year with either of their two partner teams in the IMSA WeatherTech Sportscar Championship, Wayne Taylor Racing and Meyer-Shank.

The 37-year-old went on to say that if Acura does not come over for the 24 Hours of Le Mans next year, he will endeavour to find another drive in LMP2 for the French race. “If I can’t fight for the overall win with Acura, I’ll do LMP2 again, providing I can find a deal to do that,” he said.