Wolff on Austria boos: ‘We need to educate people’ 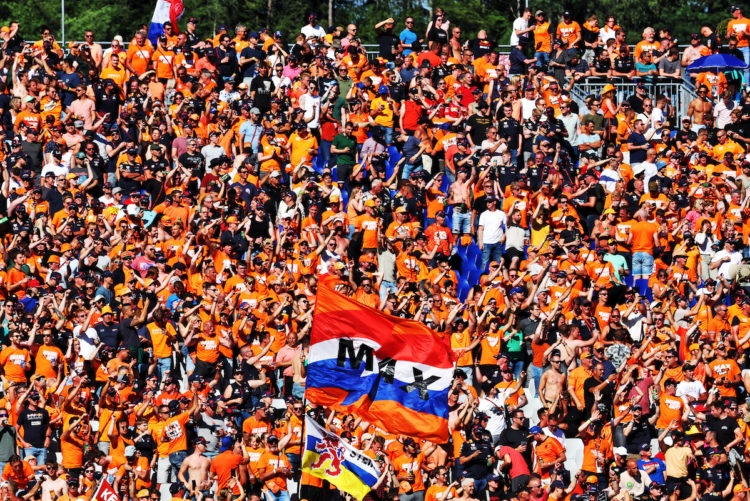 Toto Wolff has condemned the booing undertaken by a number of fans at the Red Bull Ring following Lewis Hamilton’s crash on Friday.

Hamilton lost control of his car during a hot lap in Q3 and skated through the gravel before hitting the wall at high speed.

The incident occurred right in front of a grandstand that was filled with fans of Max Verstappen, who was engaged in an intense title fight with Hamilton last year.

Hamilton was uninjured in the accident, and ended the session in 10th place.

Verstappen received boos last time out at the British Grand Prix, with Hamilton publicly denouncing the actions of some of the Silverstone audience.

Speaking to Sky F1 after qualifying, Wolff says that Formula 1 can do more to educate people not to celebrate a driver’s crash or to jeer a competitor.

“I think we need to speak more to the fans that cheering when a car is in the wall, or booing for a driver that gives an interview, it’s not that we would do with our competitors and enemies, even if you think we would have some animosity out there,” Wolff said.

“No one should do it. We need to, collectively with F1, educate people.”

The session turned even more sour for Mercedes as moments after the session was restarted following Hamilton’s crash, team-mate George Russell also hit the barrier.

It marked the first time in several years that Hamilton’s qualifying session ended in the wall.

The seven-time World Champion’s usual race engineer Peter Bonington is working remotely this weekend, and is not present at the Spielberg track.

Wolff admits that Bonington’s absence is having a negative effect on Hamilton and the team.

“Bono is not here, that’s always bad. It’s always bad for the team because he’s an integrate part,” Wolff said. “Since 10 years [ago], he’s standing to the right of me and I keep watching him.

“But he’s back home, he’s connected to the intercom. I’m connected to him all the time. Marcus [Dudley, Hamilton’s Performance Engineer] is going to do a great job.”