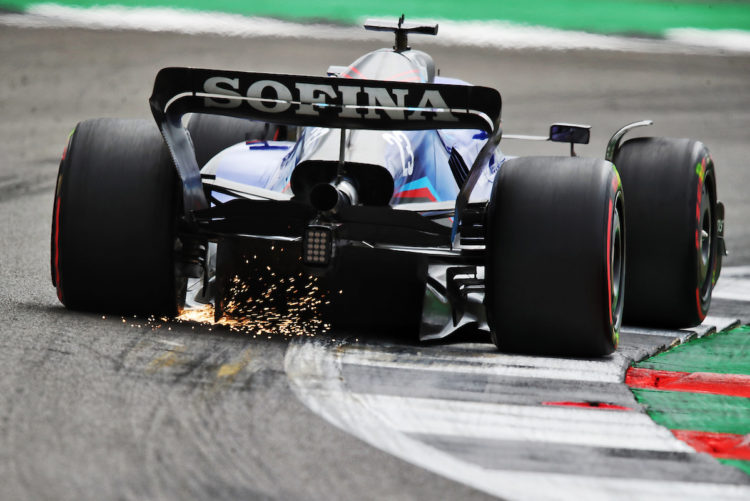 Williams will be “bold” during Friday practice in Austria if it wants to extract potential from the upgrades it brought to Silverstone, according to the team’s head of vehicle performance Dave Robson.

Williams arrived at the British Grand Prix weekend with a number of upgrades fitted to Alex Albon’s FW44 car.

However, Albon was involved in an opening lap collision and suffered major damage to his car, before he was brought to the hospital for precautionary checks.

Having received the all-clear from doctors, Albon will be back in the car this weekend with the upgraded Williams package.

But with the weekend being run under the Sprint format for the second time in 2022, the team will have just one hour of practice to gather data on the new parts before setting it up for qualifying on Friday evening.

“However, we have been able to repair or replace much of Alex’s car such that we can continue to understand the updates during FP1 on Friday.

“There is very little time to change the car before it passes into Parc Ferme at a Sprint Event and so we will need to be bold going into FP1 if we are to continue to push the performance.”

Albon added: “It’s obviously disappointing we didn’t get to properly test the new upgrade last week, however looking forward to Austria, I know the team has been working hard to make the repairs.

“We’ll be ready to test it further and gather more data.

“With the sprint race it does limit our practice time, but it will be good to get back out there and see what we can do with the car.”

Williams has scored points on two occasions, both with Albon at the races in Australia and Miami.