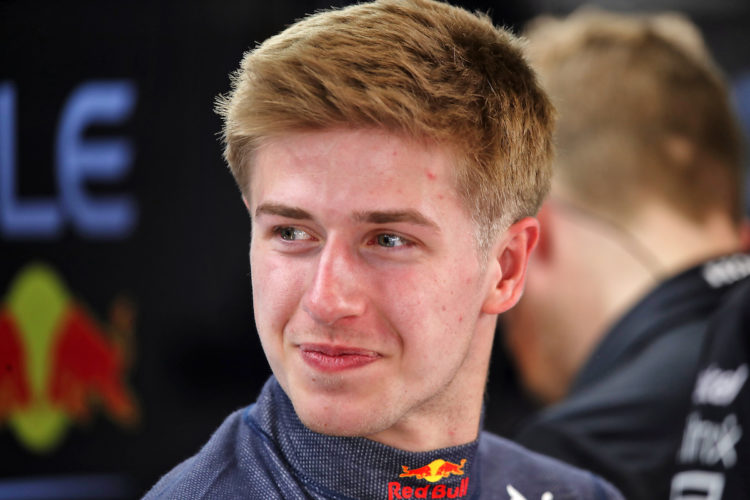 Red Bull has clarified that it has retained Juri Vips as part of its junior team, despite cancelling his role as its Formula 1 test and reserve driver.

Red Bull suspended the Estonian driver, before it soon announced that he would no longer act as its test and reserve driver.

However, in a statement released on Wednesday, Red Bull says that Vips is still part of its junior academy, which has promoted a number of drivers to Formula 1 over the last number of years.

“Juri’s contract as Test & Reserve driver was cancelled by Oracle Red Bull Racing due to the comments he made,” the statement said.

“He is retained by Red Bull as part of their Junior Driver programme. We are supporting him as he transitions away from his role with Oracle Red Bull Racing.

Vips made his F1 weekend debut appearance earlier this year at the Spanish Grand Prix, driving Sergio Perez’s car during the one-hour session.

He has previously tested Red Bull machinery, including at last season’s post-season test in Abu Dhabi.

Vips is currently competing full-time in Formula 2 Championship with Hitech Grand Prix, who took the decision not to part ways with him after his streaming incident.

With half of the 2022 F2 season complete, Vips currently sits seventh in the Drivers’ Championship, picking up three podium finishes so far this year.