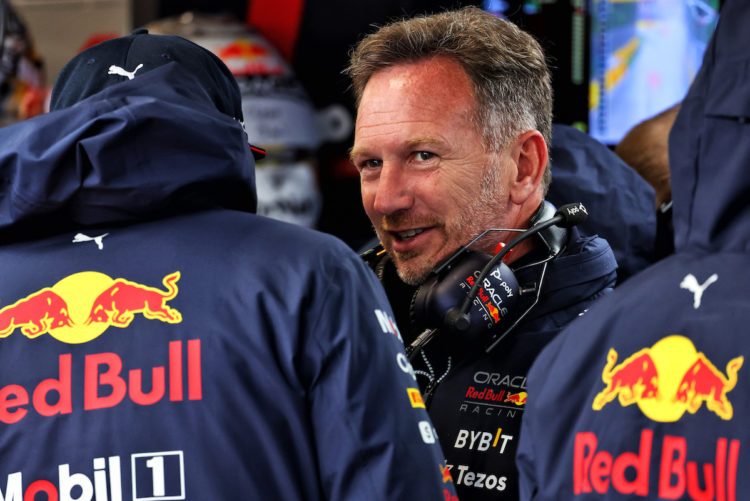 Red Bull team boss Christian Horner says Red Bull has no shortage of talented junior drivers in its pool after it dropped Juri Vips as its test and reserve driver.

Prior to the British Grand Prix weekend, Red Bull distanced itself from Vips after the Estonian used a racial slur while live streaming.

Despite losing his Red Bull role, Vips is set to continue with the Red Bull junior team, and he has kept hold of his seat in Formula 2 with Hitech Grand Prix.

Red Bull’s junior academy is one of the most successful in motorsport, with seven current F1 drivers finding a seat in the pinnacle series through the programme.

The junior team currently has five drivers [including Vips] competing in Formula 2 and another three in Formula 3, leaving Horner unworried that the programme is in a difficult position.

“Obviously we’ve got quite a few youngsters and really promising youngsters that are out there at the moment,” he said

“We have Liam Lawson, we have Dennis Hauger racing in Formula 2 as well as [Jeahan] Daruvala that remains as a junior driver, despite testing with another team [McLaren].

“Iwasa is showing great potential as well. And that’s just in Formula 2.

“In Formula 3, it’s great to see Johnny Edgar back after illness, quite a nasty illness earlier in the year, giving him another chance.

“Isack Hadjar is doing a super job as well. So we’ve got no shortage of talent coming through, all the way from karting through the different formulae.

“And that’s always been a policy of Red Bull, to give youth a chance, to back youth, and give opportunities to some of these kids that otherwise wouldn’t have been able to progress their careers.”

Red Bull has promoted a host of junior drivers into F1 throughout its existence in the sport, however it remains unclear if a new driver will receive a race seat in 2022.

The front-running outfit has Max Verstappen and Sergio Perez locked down for 2023, while Pierre Gasly will remain with AlphaTauri next year.

However, his team-mate has not yet been confirmed, with the drive currently occupied by Yuki Tsunoda.