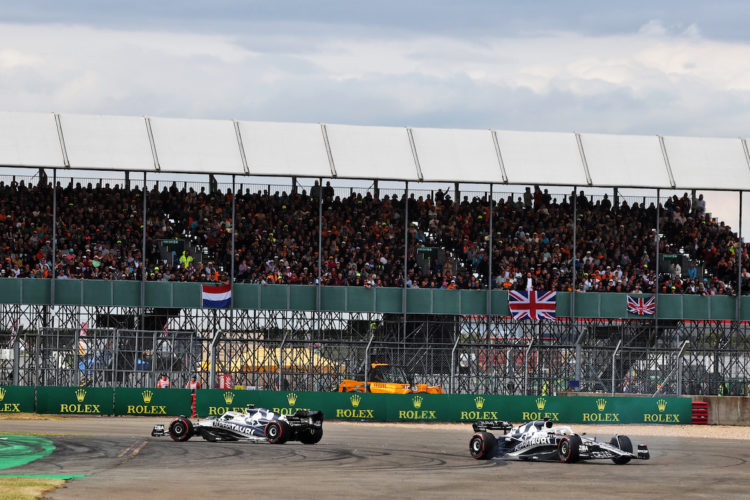 AlphaTauri drivers Pierre Gasly and Yuki Tsunoda say they have moved on from their clash at the British Grand Prix.

In the early stages of last Sunday’s race at Silverstone, Tsunoda attempted to overtake his team-mate at Turn 3.

However, the Japanese driver lost control of his car and spun into Gasly, who was also turned around as a result of the contact.

Tsunoda apologised for the incident, and was deemed at fault by the Stewards, who handed him a five-second time penalty as well as two points on his Superlicence.

Ahead of this weekend’s round in Austria, both drivers say that the matter is behind them.

“From our perspective, having worked well to turn things around in Quali and then running as high as seventh in the race, it became another missed opportunity,” Gasly said.

“Team-mates should never come together, but on Sunday night, we sat down as a team and discussed it and immediately moved on to planning for this next Grand Prix in Austria.”

Added Tsunoda: “I couldn’t do anything about the collision after the start [at Turn 1, where he suffered a damaged front win] and later unfortunately I had the incident with Pierre.

“We discussed it as a team and now we move forward.”

AlphaTauri has scored just one top 10 finish in the last four races, and it now sits seventh in the Constructors’ Championship with 27 points.

With the upcoming weekend in Spielberg being a home event for Red Bull, the company that funds the AlphaTauri team, Tsunoda says the focus is on making up for the difficult event at Silverstone – however he is anticipating a challenging weekend for the team.

“We will be fully focussed on making up for the disappointment of Silverstone,” Tsunoda said.

“I enjoyed this race last year, making it through to Q3 and scoring a point for tenth place. And going further back, I finished second in Formula 2.

“It’s a short lap in terms of time, just over a minute. It could be a slightly difficult weekend for us, as I’m not sure the high speeds will suit our car that well.

“Our performance level has been different at various tracks, so you never know what to expect really.

“It’s not a difficult track to set up the car and you run a medium set-up in terms of downforce for the high-speed sections. Looking at how we performed here last year, I expect we could be quite competitive.”