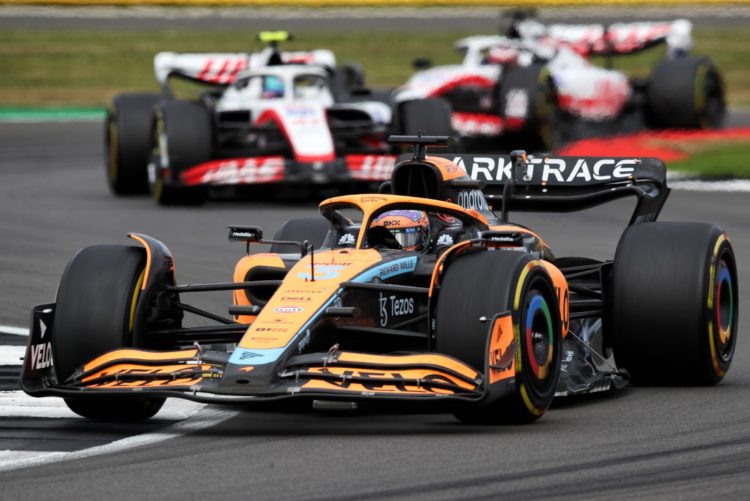 McLaren driver Daniel Ricciardo says he is keen to understand why he lacked performance throughout Formula 1’s British Grand Prix.

Lando Norris classified sixth for McLaren, having run fifth for most of the race, before ceding position during the late Safety Car period to Alpine’s Fernando Alonso.

But Ricciardo, who started from 14th on the grid, was unable to make gains and classified in 13th spot, ahead of only the compromised Yuki Tsunoda.

“For our race, the car just didn’t really seem to operate at the same level of grip as the others,” said Ricciardo, who drew comparisons to his Spanish Grand Prix display.

“I could just feel it through the tyres as well, trying to carry speed. It was just a bit odd, so we have a bit of investigating to do.

“Then we had an issue with DRS which meant I couldn’t use it after lap 31 which was also a bit of a shame.

“Obviously, it’s tough to overtake with that as well – but simply we weren’t really quick enough anyway. It was a bit of a lonely afternoon.”

McLaren team boss Andreas Seidl added that “Daniel’s weekend didn’t go to plan, which will need careful analysis over the next few days.

“He wasn’t in a position to deliver competitive lap times in qualifying and the race.

“In addition, he experienced a DRS failure that required an additional pit stop mid-race and required him to run without the DRS in the second half of the race.”